Albert Huffstickler: "Holy Secrets" and "Having Dinner with Henry Miller" 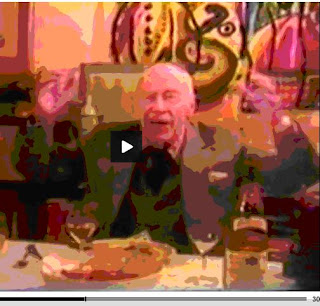 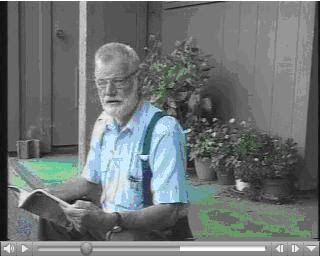 "Holy Secrets: the Poetry and Art
of Albert Huffstickler

Here are two great videos for your viewing pleasure while I put my feet up and relax a bit. The first comes by way of recommendation of the ever vigilant poet/artist, Ed Baker, who set me on my path of recently pursuing The Hamlet Letters by Henry Miller. The second is a short film by Matthew Listiak which I've passed on to folks before, but its been long enough to, one, recommend it again for folks new to these parts and, two, watch again for those of us who've seen it before.

It is a revelation, which is about the best one word summary of Albert Huffstickler I can think of.

Miller wrote a book entitled The Books in My Life. From that book is an interesting section on Krishnamurti, interesting as much for what it says about Miller as it does for the great spiritual leader:

After a long discussion with a man in Bombay, the latter
says to Krishnamurti: What you speak of could lead to
the creation of supermen, men capable of governing
themselves, men who would be their own masters, absolute.
But what about the man at the bottom of the ladder, who
depends on external authority, who makes use of all kinds
of crutches, who is obliged to submit to a moral code which
may, in reality, not suit him?

Krishnamurti answers: See what happens in the world.
The strong, the violent, the powerful ones, the men who
usurp and wield power over others, are at the top; at the
bottom are the weak and gentle ones, who struggle and
flounder. By contrast think of the tree, whose strength
and glory derives from its deep and hidden roots; in the
case of the tree the top is crowned by delicate leaves,
tender shoots, and the most fragile branches. In human
society, at least as its constituted today, the strong and
the powerful are supported by the weak. In Nature, on
the other hand, it is the strong and powerful that
support the weak. As long as you persist in viewing each
problem with a perverted, twisted mind you will accept
the actual state of affairs. I look at the problem from
another point of view ... Because your convictions are
not the result of your own understanding you repeat
what is given by authorities; you amass citations, you
pit one authority against another, the ancient against
the new. To that I have nothing to say. But if you
envisage life from a standpoint which is not deformed or
mutilated by authority, not bolstered by others'
knowledge, but from one which springs from your own
suffering, from your thought, your culture, your
understanding, your love, then you will understand that
what I say - "car la méditation du coeur est l'entendement"
... Personally, and I hope you understand what I say now,
I have no belief and I belong to no tradition. I have always
had this attitude towards life. It being a fact that life varies
from day to day, not only are beliefs and traditions useless
to me, but if I were to let myself be enchanted by them,
they would prevent me from understanding life .... You
may attain liberation, no matter where you are or what
the circumstances surrounding you, but this means that
you must have the strength of genius. For genius is, after
all, the ability to deliver oneself from the circumstances
in which one is enmeshed, the ability to free oneself from
the vicious circle ... You may say to me - I have not that
kind of strength. That is my point of view exactly. In order
to discover your own strength, the power which is in you,
you must be ready and willing to come to grips with every
kind of experience. And that is just what you refuse to do!

This sort of language is naked, revelatory and inspiring. It
pierces the clouds of philosophy which confound our
thought and restores the springs of action. It levels the
tottering superstructures of the verbal gymnasts and
clears the ground of rubbish. Instead of an obstacle race
or a rat trap, it makes daily life a joyous pursuit.

Just in case you missed it, what has been gifted by Krishnamurti to Miller and what Miller is now gifting his readers is simply the one single truth. This is it, folks, what everyone is seeking, what the hucksters are husks-ting, be they prophets, poets, presidents, priests ... the big one. You, too, can quit that pesky full-time job and make thousands a month doing next to nothing ... and it's the truth. Krishnamurti is first in line to say a guru is someone who picks your pocket and sells you back what you already had.

Let's just recap for a sec:

See the thread here? I'm just guessing, but I'd bet Henry Miller wouldn't be laughing ... not laughing at all. There's the gift.

Ok, so maybe I didn't really relax and put my feet up after all.

Here is another poem from Huff's wonder full collection Why I Write in Coffee Houses and Diners: Selected Poems. I've ever you feel there is no hope, pick up.

thinking of taking off?
goose on tiptoe
on tiptoe

Huffstickler, Miller & Krishnamurti, what a wholly trinity of in Huff's words, poetry, "holy secrets". Beautiful postings. Makes me happy to be really human, like them. Thanks, Don.

Nostrum stands with the finest

poems written regardless of

subject. excellent in every

way a poem can & should be