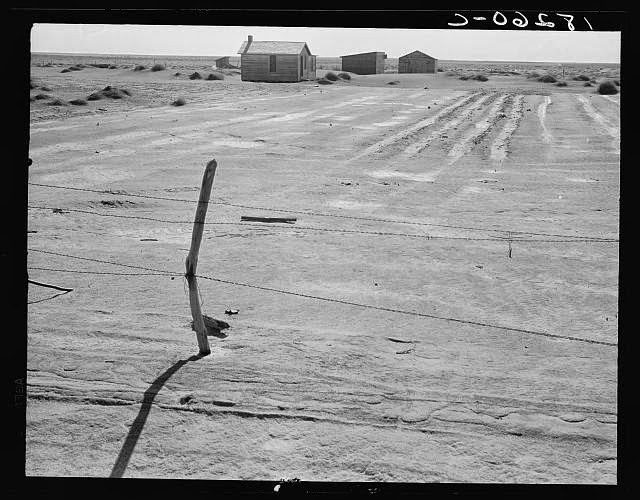 This week's song, Dust in the Wind by Kansas, has an interesting back story and curious connection to literature. Here is a studio interview with Kansas' composer and guitarist  Kerry Livgren on the composition of Dust in the Wind, courtesy of the
Wayback Machine Archive:

"More people seemed to identify with what I said in that song - and that really surprised me.  Cause in a way, that's kind of a dismal song, you know?  I was reading a book on American Indian poetry one day, and I came across that line - this American Indian said "for all we are is dust in the wind."  And I thought, well, you know,that's really true. Here I got all this success - I've got material possessions - I've got a goal in my life that had been accomplished at that point, but I'm going back into the ground - and what does this really mean in light of that? And that's really kind of the message of that song, but the amazing thing was that so many people identified with that." -  Kerry Livgren, Kansas guitarist.

You've got to wonder just what book of Native American poetry Livgren is referring to. The year of the song is 1977.  Perhaps it was a well-known Native American anthology of tje time, Shaking the Pumpkin, edited by Jerome Rothenberg, which came out in 1972 and has been since reissued. There were certainly many others but this was both influential and, speaking from experience, you seemed to see it  everywhere, at least if you roamed the poetry sections in bookstores of the day.

The following, from a Wikipedia article on the song, references some other possible inspirations for the song, whether or not they were foremost in the composer's mind.

"Dust in the Wind" was one of Kansas' first acoustic tracks; its slow melancholy melody and philosophical lyrics differ from their other hits such as "Carry On Wayward Son" and "Point of Know Return". A meditation on mortality and the inevitability of death, the lyrical theme bears a striking resemblance to the well-known biblical passage Genesis 3:19 ("...for dust thou art, and unto dust shalt thou return."), as well as to the famous opening lines of the Japanese war epic The Tale of the Heike ("...the mighty fall at last, and they are as dust before the wind."), but the actual inspiration was from a book of Native American poetry, which includes the line "for all we are is dust in the wind."[2] Also, the 1973 song Karn Evil 9 (3rd Impression) by Emerson, Lake & Palmer has repeated 'dust' and 'wind' themes, and uses exactly the same phrase "dust in the wind".  Wikipedia.

Whatever its origins, the song seems to strike a deep, universal chord with audiences across genre lines. 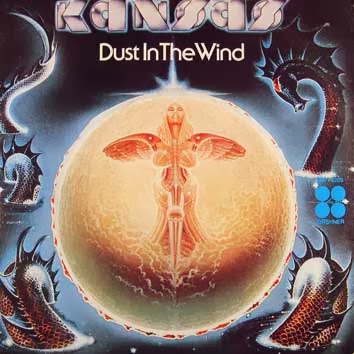 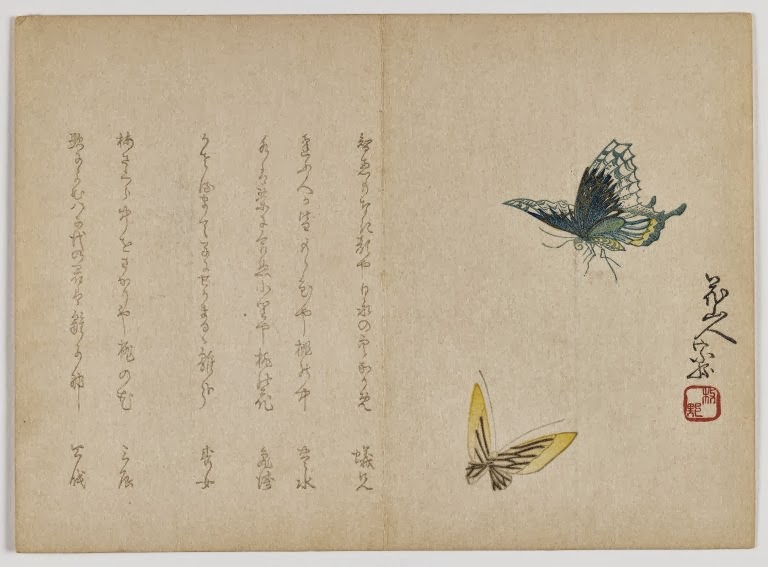 butterfly flitting--
I too am made
of dust

Cheers, Peter ... thanks for the kind words.

Thanks, Theresa, glad you liked it.