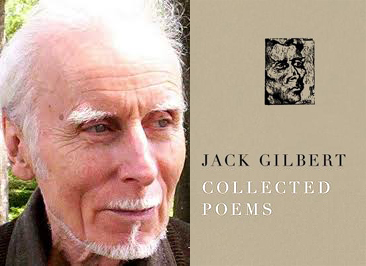 The fox pushes softly, blindly through me at night,
between the liver and the stomach. Comes to the heart
and hesitates. Considers and then goes around it.
Trying to escape the mildness of our violent world.
Goes deeper, searching for what remains of Pittsburgh
in me. The rusting mills sprawled gigantically
along three rivers. The authority of them.
The gritty alleys where we played every evening were
stained pink by the inferno always surging in the sky,
as though Christ and the Father were still fashioning the Earth.
Locomotives driving through the cold rain,
lordly and bestial in their strength. Massive water
flowing morning and night throughout a city
girded with ninety bridges. Sumptuous-shouldered,
sleek-thighed, obstinate and majestic, unquenchable.
All grip and flood, mighty sucking and deep-rooted grace.
A city of brick and tired wood. Ox and sovereign spirit.
Primitive Pittsburgh. Winter month after month telling
of death. The beauty forcing us as much as harshness.
Our spirits forged in that wilderness, our minds forged
by the heart. Making together a consequence of America.
The fox watched me build my Pittsburgh again and again.
In Paris afternoons on Buttes-Chaumont. On Greek islands
with their fields of stone. In beds with women, sometimes,
amid their gentleness. Now the fox will live in our ruined
house. My tomatoes grow ripe among weeds and the sound
of water. In this happy place my serious heart has made.

Send a single haiku for the Wednesday Haiku feature. Here's how.
Go to the LitRock web site for a list of all 143 songs

and just yesterday I sent you this (it
is probably in your e-mails yet to be read):

this was in yesterday's LA TIMES

first time that I met him was in Lindos in 1969

Sorry to hear the news of the passing of this wonderful poet. I can't recommend him enough to people who have any interest in poetry.

Jack Gilbert wrote the kind of poems that do change a life. His book The Great Fires is never far away. Any one of those poems are worth committing to memory. Their language and cadence alone.

I'd say he was a haiku poet at heart in his spareness, lack of pretense and search for a gladness in the ordinary, earth-bound, everyday goings-on.

He helps me be human.

Thanks for posting this. Jack was hugely important to me, the first adult I ever got to know who was totally serious about poetry. We argued our entire lives & enjoyed each other greatly.

among the things that pop into my mind is
that story that Gerald Stern relates about he and Jack
motoring around Europe in that automobile... it s in
What I Can't Bear Losing

I sort of regret not paying more attention to the details of things and people that came my way...

would have been neat to have reconnected with jack
after he had gotten back from Japan (Tokyo and Kyoto) in '74 or '75 ... and his and Cid' exchanges

Jack, will let Pauline (Fay) know of your leaving...
as soon as they get electric back on Vestry.

and early into this film Jack says:

Losing too many this year.

When I heard he died I did a doubletake because I thought that it was not his death but just another notice of the LA Times article, which was great, so sad and wonderful.

Could there ever be a greater compliment for a poet:

A great, great lyric poet of the heart, all its flaws and wonders.

You are welcome, Ron.

I workshopped with Jack Gilbert, twice. And he and I hiked the West Hartford reservoir together one glorious afternoon. Poetry was his life. He and Adrienne Rich had profound influences on my work, Here's one of his last poems, Pittsburgh in the last line, always there ~

They will put my body into the ground.
Chemistry will have its way for a time,
and then large beetles will come.
After that, the small beetles. Then
the disassembling. After that, the Puccini
will dwindle the way light goes
from the sea. Even Pittsburgh will
vanish, leaving a greed tough as winter.


Love to Lillie and Issa's Untidy One,
Donna

here is a fun interview looks to me to have been done about 25 years ago ?

He was an amazing poet. He left Pittsburgh long ago but, as you can tell from the poem above, he carried the city with him.