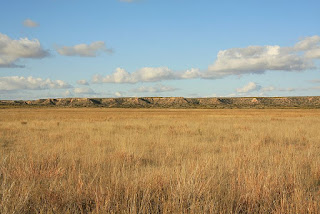 
An old friend of Lilliput Review, Constance Campbell, asked me to pass along the following information about a forthcoming anthology of haiku, senyru, and haiga that focus on the Southwestern U. S. You don't have to be a resident of the Southwest to submit and, since there is no fee for submitting (on principle, I won't pass along information where the poet is charged a fee), I am more than happy to pass the info along.

A New Anthology of Haiku/Senryu and Haiga

A new Dos Gatos Press anthology will feature original, previously unpublished haiku/senyru and haiga that focus on the Southwestern United States. Scott Wiggerman and Constance Campbell will serve as editors. Penny Harter will write the preface. We anticipate a 2013 release date.

You need not be a resident of the Southwest to submit. The arrangement of the anthology will be by seasons, though the poems need not include a kigo, or traditional “season” word.

You may submit haiku/senryu or haiga or both.

· Do NOT put your name or any other identifying information on the document that holds the poems you submit. We follow a “blind” reading system: our editors read all poetry submissions without knowing who wrote the poems.

· Please use Times New Roman 12 pt. for the text of your submission. Single space your poems; double space between stanzas.

· We welcome the expression of diverse voices, diverse cultures—including poems partly or entirely in Spanish. Please include an English translation of a poem written in a language other than English.

· No previously published work. We consider a poem published if it has appeared online or in print, including personal blogs/webpages and/or social media sites.

Submit up to two haiku/senryu per season (e.g., if you submit two for each season, you can submit up to eight poems). Use the labels Fall, Winter, Spring, and Summer to identify your haiku/senryu. You may submit haiku or senryu or both.

What we look for in haiku/senryu:

· Haiku do not traditionally have titles, dedications, or epigraphs noting location and date. We prefer that they not for this anthology.

· The same goes for metaphors and similes; let images themselves do the work. Think simplicity!

· We especially like haiku that juxtapose two images in new and startling ways. Often two of the lines, with a slight pause used as emphasis, will be juxtaposed with the third line to create an aha moment.

· Haiku may have up to seventeen syllables in one to three lines. We do not require a traditional 5-7-5 syllable count.

We like the definition of haiku expressed by Modern Haiku:

“Haiku is a brief verse that epitomizes a single moment. It uses the juxtaposition of two concrete images, often a universal condition of nature and a particular aspect of human experience, in a way that prompts the reader to make an insightful connection between the two. The best haiku allude to the appropriate season of the year. Good haiku avoid subjectivity; intrusions of the poet’s ego, views, or values; and displays of intellect, wit, and facility with words.”

We recommend reading more about haiku at the website of Modern Haiku, as well as at the following: Daily Haiku, Frogpond, The Heron’s Nest, Simply Haiku, and Tinywords.

If you have any questions about submitting haiku, feel free to contact Scott Wiggerman.

We recommend reading more about haiga at the following websites:

Note: This link takes you to a welcome page. The menu is at left. Click “haiga workshop” there.

Submit up to three haiga. Each haiga will include an original image and an embedded haiku—both created by the individual submitting the haiga. Because we use a blind reading process, you will not include a byline/signature on a haiga when you submit it.

Printable space on a page will be 4.4 X 7.25 inches. A vertical haiga might take up an entire page. A horizontal haiga will be limited to the width of our page; we will not rotate a page 90° to accommodate a horizontal image.

Minimum width for an image: 1320 pixels.

NOTE: If one of your haiga is accepted, you will need to submit separate files to us—one for the image itself (without the text) and one for the text itself (haiku and byline/signature)—so that we can work with our printer to achieve the best possible print quality. At this point in the process, you will include your byline/signature on the haiga.

NOTE: Managing Editor David Meischen works with our printer to achieve high quality images. If you have any questions about how to create the image file you submit, please contact him: managingeditor@dosgatospress.org

Save files as: jpg (use high/best compression level) or tiff


NOTE: Before you submit an image, be sure that the file extension is .jpg (not .jpeg) or .tiff (not .tif).

what delicateness!
a snake too sheds
his worldly robe

Thanks for the heads up. Arkansas, where I'm from, is often considered part of the southwest so I'll have a look see.

Don - thanks for letting us know about this one. sounds like a good anthology.

Go for it, Charles.

Greg - Cheers, I think it is going to be a good one. Don