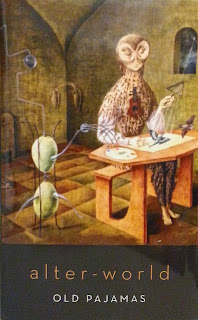 What is it we ask of the modern short-form poet, the modern haiku poet? What do we want, what is necessary in a short poem?

What do we need?

To get close to an answer to any, or all, of these questions perhaps we should be asking most importantly: what do we ask of ourselves when it comes to poetry as readers and, for some, as poets?

Old Pajamas (aka Alan Segal) is an excellent poet working in short forms for whom form itself is mercurial, form is protean, form is content's shadow. Like contemporary masters Cid Corman, John Martone, and Charlie Mehrhoff, he knows where the lines are and chooses to dance over and amongst them.

For my two cents, Old Pajamas would be a candidate for inclusion in a second edition of Haiku in English, as would Ed Baker, another fine purveyor of 'shorties' as he is wont to call them on any given day, work don't fit any strict definition but is all heart and spirit and soul.

Is the pen name 'Old Pajamas' off-putting? Just think about the various pen-names of so many Japanese poets. Even the masters - Bashō's name means banana leaf or tree, Issa's cup-of-tea, Buson's midnight studio, and Shiki's cuckoo.

As far as English goes, Old Pajamas sounds just fine to me.

The new collection he sent along is a limited hardcover edition, 1 of 25 printed.The book is entitled alter-world and here are four of my favorites from it: 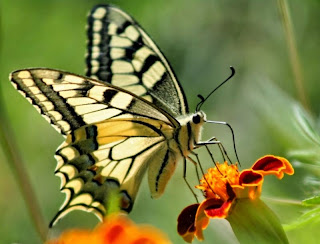 ah
the butterfly
not an actor 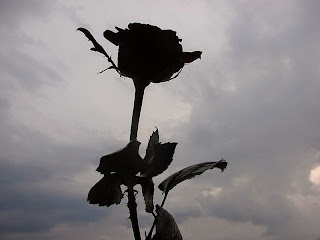 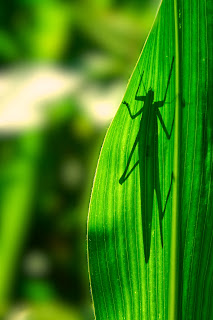 
in one cricket
the sound is weary 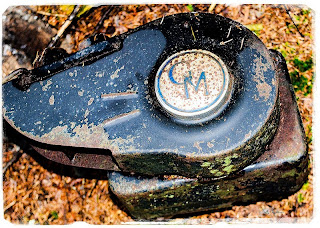 mad with rust  / /  camellias in bloom


Regular readers of this blog will recognize this last poem (and photo) as having appeared previously on Wednesday Haiku.

Looking at these four pieces superficially they seem to be all over the place, form-wise. Yet, there is a unifying element among them, one of the major components of traditional haiku.

All four are firmly ground in nature.

Now, arguments could certainly be had, one way or the other, as to which, if any, are haiku, and which are not. I have my opinions and I'll keep them (mostly) to myself.

One thing I will say is that they are all haiku-like or, even more generally, fine brief poems.

alter-world is not available to purchase, so there is no pitch here. However, you can find more of Alan's work, from alter-world and and other places, at old pajamas: from the dirt hut. It is definitely worth your while. There is also a more extensive review of an earlier collection, Drenched Through at Old Age, here. 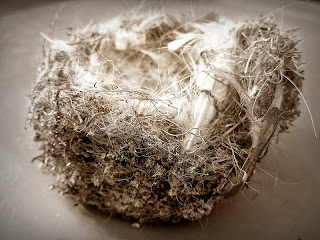 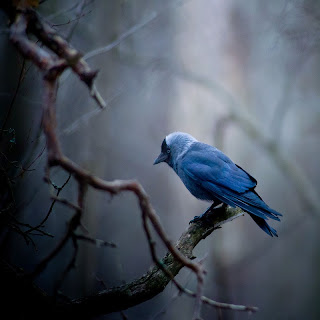 
the Blue crow
brings morning silence
with its wings 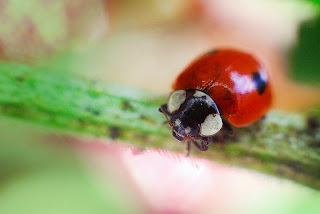 first drops of rain...
halfway up the wild rose stem
a ladybird stops 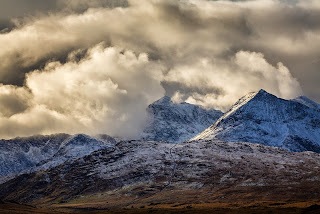 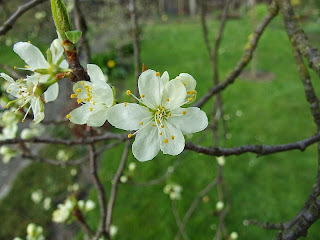 
so so sad
to miss the plum flower
before it fell


Though I was tempted at first to say, "Here is the modern dilemma," really, here is the human dilemma, shared by no other species. In Patricia Donegan's commentary on this poem, she mentions that this is more than likely a poem of mourning for fellow haiku poet, Shiko, whose pen name means 'plum flower.' Of course, the poem stands also on its own with this second level of meaning.

One of the books in my morning "pile" of poetry is Chiyo-ni: Woman Haiku Master, translated with commentary by Patricia Donegan, with the assistance of Yoshi Ishibashi. It is truly a masterwork. Unfortunately, it is out of print from Tuttle and copies are going for $100 and up. One can only hope that it will again see the light of day as it is a must for any serious haiku collection.

Donegan's work here, particularly as commentator, as in Haiku Mind, is transcendent. In my limited experience, she is only surpassed by Blyth. 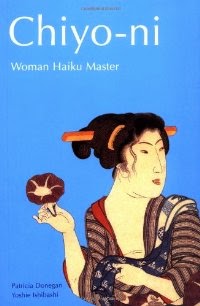 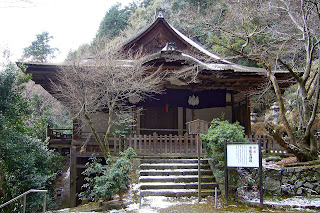 Email ThisBlogThis!Share to TwitterShare to FacebookShare to Pinterest
Labels: B. B. King, Blues, Live at the Regal (Album) 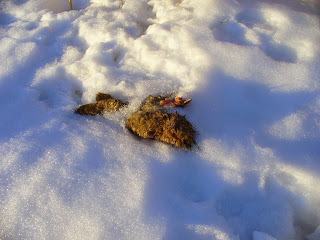 whistling wind—
a small snow drift
by the still rabbit 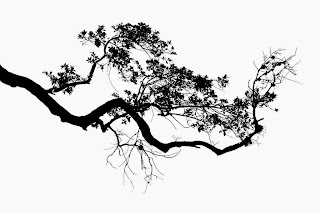 Image by Jetheriot via foter 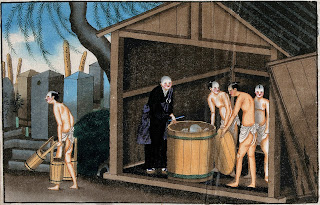 PS  Click to learn how to contribute to Wednesday Haiku
Posted by Issa's Untidy Hut at 7:00 AM 5 comments: 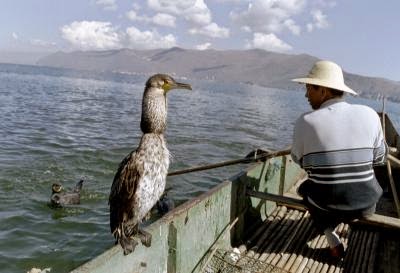 
In book 3 of R. H. Blyth's classic 4-volume Haiku, there are a number of sections on particular subjects, one being cormorant fishing. Cormorant fishing is a method, as depicted above, in which the bird has a snare attached to the base of its throat. When the cormorant catches a fish, it is unable to swallow it and the fisherman extracts it from the bird's throat. The the process is then repeated, over and over again.

This method of fishing, hundreds and hundreds of years old, inspired many haiku. And, as would be expected, most are in empathy with the plight of the bird.

Here are 4 poems by classic masters, translated by Blyth: 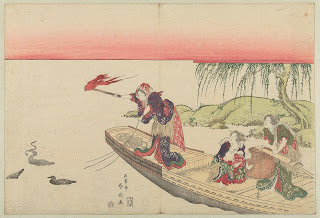 Cormorants
and cormorant fishers, too,
Parent and child.

This is a signature Issa poem, focused as it is on the shared experience of bird and human: both are, potentially, parent and child. Issa, who considered himself an orphan from an early age, has compassion which knows no species line. Obviously, the plight of the cormorant is especially emotive for him.


Morning twilight;
In their basket, the cormorants
Asleep, exhausted.

Shiki goes right to the heart of the matter, the birds' terrible plight: catch the fish, be unable to eat. Hence, the exhaustion - all effort, no reward. 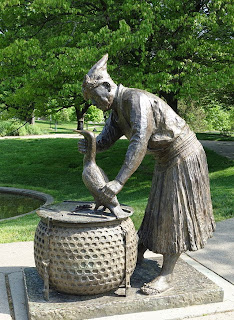 
The cormorant keeper
Grown old,
Is not to be seen this year.

Buson focuses on the elderly man he remembers seeing who is the keeper and trainer of cormorants. As with Issa's poem, we see the human, in important respects, shares the plight of the cormorant: life's ephemerality. 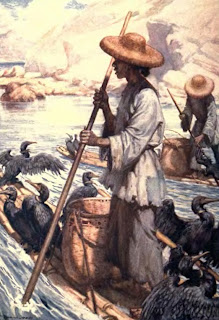 Like Shiki, Onitsura identifies completely with the task of the cormorant and replicates what is a very real emotional experience for those who witness this type of fishing.

The one master missing is Bashō from this particular selection of Blyth translations. I found his translation of the follwoing a bit cumbersome, so here it is, translated by David Landis Barnhill instead: 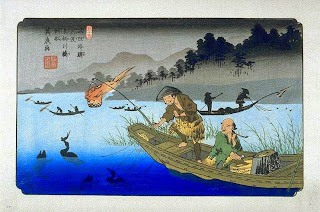 
so fascinating
but then so sad:
cormorant fishing boat

Bashō  strikes a perfect balance of humanness - the fascination with this 'ingenious' method of fishing and, suddenly, the revelation of its implication, karmic and otherwise. The range of emotion from one mere moment to the next is, in itself, something of an analogy for the human experience.

One note - there are, and have been, different methods of cormorant 'fishing.' Another method does not involve a snare around the neck, but the bird (actually, a number are used at a time) is tethered to the boat, having been trained not to swallow.

the cormorants stare
at them hard...
cormorant fishermen

PS  Click to learn how to contribute to Wednesday Haiku
Posted by Issa's Untidy Hut at 7:00 AM 1 comment: 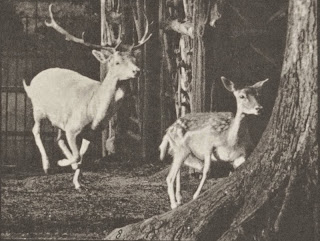 
full moon rise...
the deer trots back
to the forest 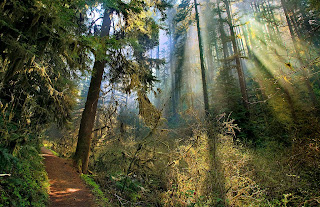 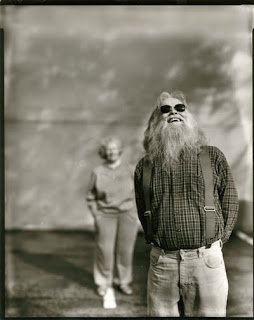 PS  Click to learn how to contribute to Wednesday Haiku
Posted by Issa's Untidy Hut at 7:00 AM No comments: