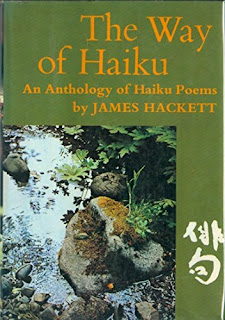 Recently, I've been re-reading the introduction to Cor van den Heuvel's The Haiku Anthology (3rd ed.) and, when it comes to English language haiku poets, it essentially begins with James W. Hackett and Nick Virgilio. Of course, there were others earlier, but these are two major poets at the beginning of what van den Heuvel speculates may someday be called 'the golden age' of English language haiku.

This sent me back to a collection of his work, The Way of Haiku: an Anthology of Haiku Poems, Japan Publications, 1969. I read it a few years back and, as is customary when I read poetry books, I have a slip of paper inside that serves the dual function of bookmark and place where I note down the page of poems that are, for me, highlights.

The book is over 250 pages long, 3 haiku to a page, and my note sheet has lots and lots of poems marked. Often I will put a special mark - an asterick or check - next to a page for poems that moved we especially. So, I looked at these first and, of all things,
a particular image/theme appeared and so here are 3 of the especially highlighted poems: 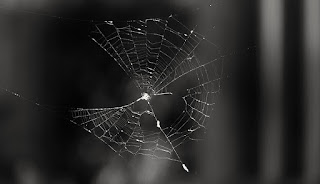 
Now that I have freed
the butterfly from the web
I feel uneasy.


The design that spins
the spider, allows him no rest
until its done.


A long line of web
loose at both ends, riding free
on the summer breeze 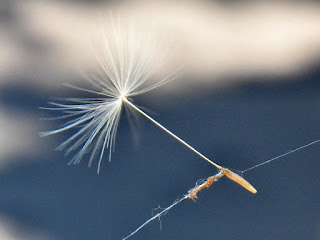 
Early on, Hackett received the imprimatur of haiku guru R. H. Blyth, who, in Hackett, saw the very real possibility for haiku in English. You will note that all the haiku are in the strict 5/7/5 form, with beginning caps and punctuation, as was the prevailing approach of the day.

And none seem worse for that. I could talk a bit about what attracted Hackett to this imagery (and me, as reader, to those images/themes in his work), but perhaps it best to leave the air of mystery.

One other observation is that the poems are all focused exclusively on nature. "Now that I have freed" is a rare instance of the intrusion of the poet (or any other human) in Hackett's work. The last poem below does not have that intrusion, but in it, I feel, you can sense very real human emotion and, so, not surprisingly, for those of you who know we and my own approach, it is one of my favorites:


Left by the tide
within a shallowing pool:
a frantic minnow 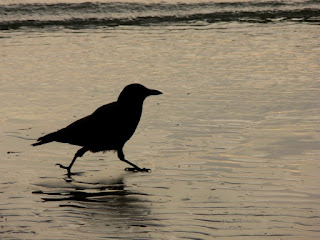 some stay behind
in the green leaves...
low tide crows

PS  Click to learn how to contribute to Wednesday Haiku
Posted by Issa's Untidy Hut at 6:00 AM 13 comments: 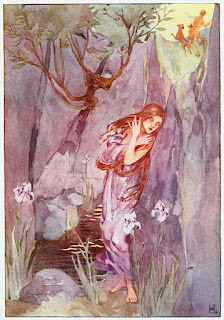 
evening image
on the lake’s surface
boy that still is 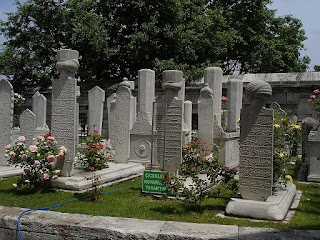 
their headstone
whispering out loud
the news they'd want to hear 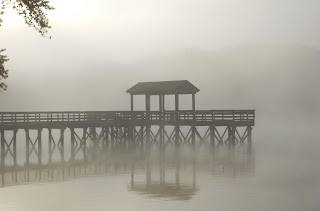 
the lake is slowly
lost in mist...
evening falls

PS  Click to learn how to contribute to Wednesday Haiku
Posted by Issa's Untidy Hut at 6:00 AM 7 comments: