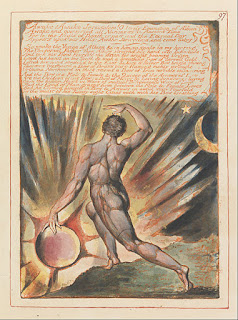 Art and Words by William Blake

epiphany
all that I long for
in one star 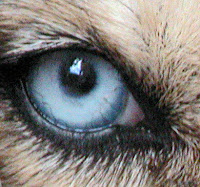 unlocking
the gun cupboard
the wild in the dog's eyes 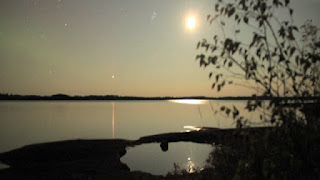 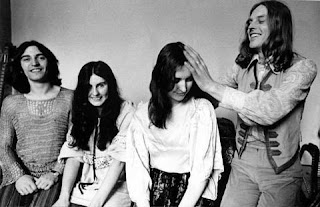 This week's selection is by a group that defied categorization: folk, pop, rock, psychedelic,world, gypsy, surreal, you name it, the Incredible String Band has probably done it, at least in passing.  There were a number of similar groups, believe it or not: Pearls Before Swine and Tyrannosaurus Rex (Marc Bolan's T-Rex before the glam) come to mind.

A minotaur gets very sore
His features they are such a bore
His habits are predicta-bull
Aggressively relia-bull, bull, bull

I'm not quite sure why, but listening to this particular number I got to thinking about another tune. So, if you've made it this far, here's your treat:


Trying to get back on track, I somehow got it in my head that Ray Harryhausen had created a minotaur and so went searching. He did, in fact, create a Golden Minotaur in Sinbad and the Eye of the Tiger; said GM can be found doing some yeoman rowing in the following wonderful compilation of Harryhausen creatures:


The original Minotaur story can be found in Ovid's Metamorphoses. There is the connection between Daedalus and the Minotaur (he and Icarus built the labyrinth) ; unexpectedly, while listening to mp3s on the way to work, Anne Sexton came up, reading her poem that alludes to that connection:


To a Friend Whose Work Has Come to Triumph

Consider Icarus, pasting those sticky wings on,
testing that strange little tug at his shoulder blade,
and think of that first flawless moment over the lawn
of the labyrinth. Think of the difference it made!
There below are the trees, as awkward as camels;
and here are the shocked starlings pumping past
and think of innocent Icarus who is doing quite well.
Larger than a sail, over the fog and the blast
of the plushy ocean, he goes. Admire his wings!
Feel the fire at his neck and see how casually
he glances up and is caught, wondrously tunneling
into that hot eye. Who cares that he fell back to the sea?
See him acclaiming the sun and come plunging down
while his sensible daddy goes straight into town.

So the lesson I suppose is that when you write a poem for your friend, a fellow poet, it's a fine thing to allude to her most famous poem in the last line.

It sure is a wonderful life ... 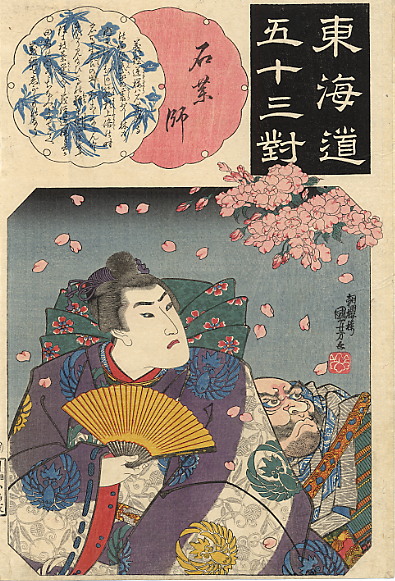 
From the wonderful site, moving poems, a little videopoem that captures E. E. Cummings as the true romantic he was. One might think the pace a bit languid, but there is the point, or at least a number of them, which may be re-examined a little more closely as they pirouette in slow motion across the screen of the soul.


somewhere i have never travelled,gladly beyond

somewhere i have never travelled,gladly beyond
any experience,your eyes have their silence:
in your most frail gesture are things which enclose me,
or which i cannot touch because they are too near

your slightest look easily will unclose me
though i have closed myself as fingers,
you open always petal by petal myself as Spring opens
(touching skilfully,mysteriously)her first rose

or if your wish be to close me, i and
my life will shut very beautifully ,suddenly,
as when the heart of this flower imagines
the snow carefully everywhere descending;

nothing which we are to perceive in this world equals
the power of your intense fragility:whose texture
compels me with the color of its countries,
rendering death and forever with each breathing

(i do not know what it is about you that closes
and opens;only something in me understands
the voice of your eyes is deeper than all roses)
nobody,not even the rain,has such small hands 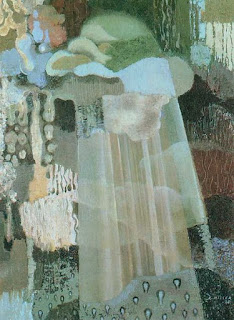 Panel from Little Nemo In Slumberland by Winsor McCay 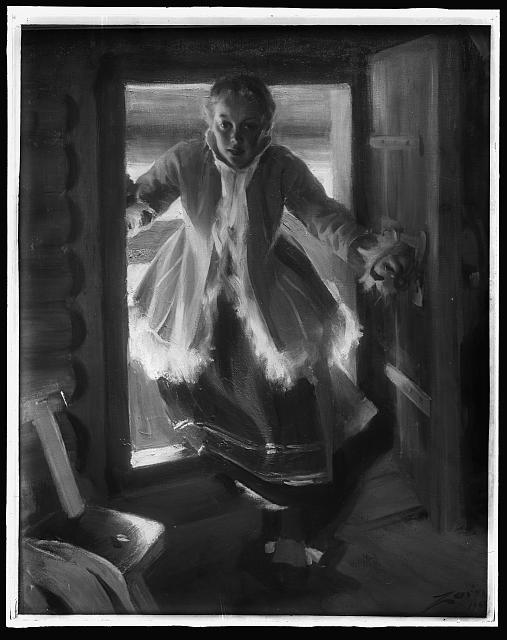 
her smile–
I miss the door knob
once, twice 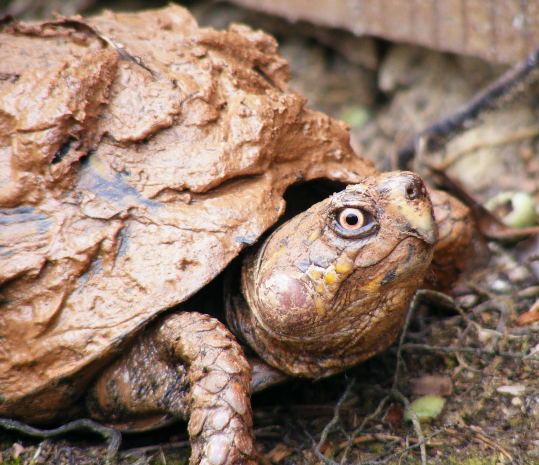 in dream world
was I laughing at a turtle?
winter seclusion 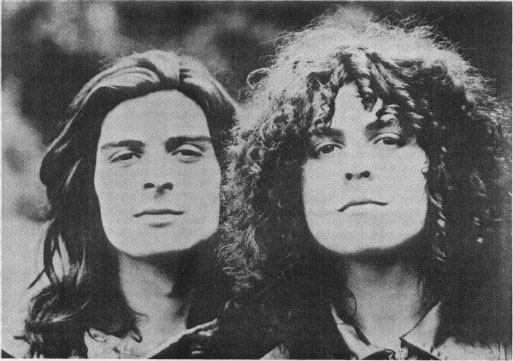 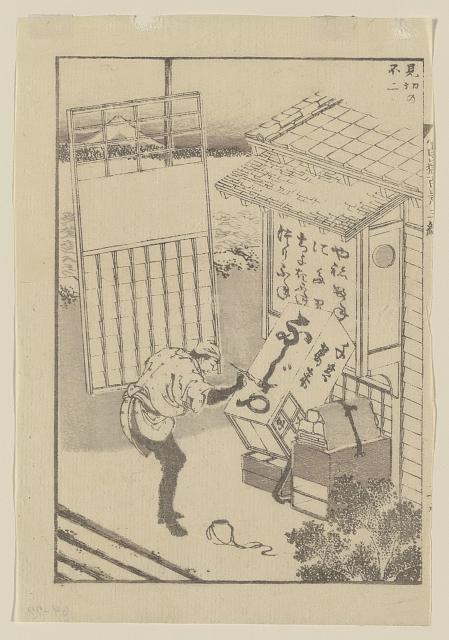 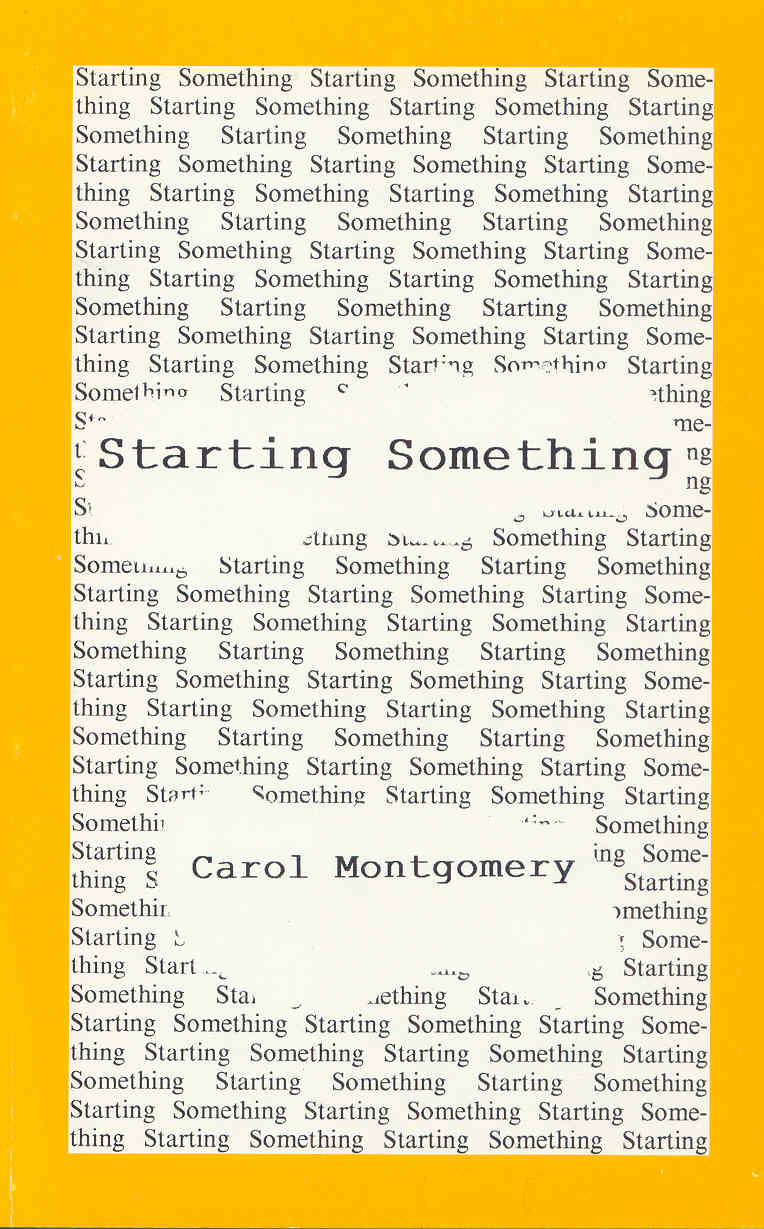 I have haunted bookstores, I work in a library, I edit a small press magazine - lots of stuff enters my field of vision. A while back, I ran across a sort of generic looking, slim volume of haiku poetry by someone named Carol Montgomery. The title was Starting Something. It's pictured above.

As I'm wont to do with items like this, however they come my way, I opened it up at random and read:

Up Smallman St.
the pizza truck
following a funeral


Not a poem that's going to win any awards, but that's not what caught my eye - that was "Smallman St.," which is a main drag in Pittsburgh's Strip Distict near downtown.

So I checked the publisher, Los Hombres Press in San Diego, no bells ringing there.

I flipped it over and in a little mini-bio I read: "Carol Montgomery is the recipient of two fellowships in literature from the Pennsylvania Council of the Arts." Ah, a second geographic connection.

Time to settle down and see what the book had to offer.

And what it had to offer was quite amazing.

Corny, you think? Maybe, but there is a little something here that is quite special.


brooms at the Crafts Fair
no one tests them
but grandfather . . .

In the wine cellar
all the pieces
of the azalea vase


Ah, bingo, another other, this time not so little but all of a piece with the two previous.

It seems to me that Montgomery is starting something, indeed.


Family looms large here, fortunately in a very good way. In all these ku there is ennui, a  touch of humor, a sense of larger purpose (nostalgia would be, I believe, the wrong word) - a series of perfectly captured moments with a fine resonance.

What at first appeared to me to be a separate title to a second section of the book, I think just might be a "found" monostitch:


Maybe not - but I'd like to think so, since what follows doesn't (follow the idea that 'Grand View Cemetery is a section title).

I love this little senryu:


What perfect placement of the em dash — twilight time, the perfect time, this seems almost a black and white photo, the only light coming from a desk lamp, the young boss, his hands, paper and pen in harsh, full electric light, the face, featureless, in shadow.

As far as I can ascertain, Montgomery has published two collections in total (the other is called Outlines, which along with Starting Something, can be found virtually nowhere, though 6 libraries in the country own Starting), has had her poems analyzed (and analyzed), received accolades (1986 & 1987), has written articles/reviews for Modern Haiku, has been mentioned in interviews, had at least 11 poems translated into Russian, and, most importantly, has been regularly published.

Intrigued and digging around a bit, I found that not much seems to have been heard of Carol Montgomery recently. Since I'm a relatively recent arrival to the haiku community (though I've been writing for 30 plus years), I'm sure someone out there knows much more about her than I could scrap up with a few searches.

Chime in, folks, if you know her. I'd love to hear more.

I'm going to close this post with a few more poems that, one way or the other, make me very glad I ran across Starting Something.

There is poignancy here that is perfectly captured in a single moment, a perfect haiku (or senryu, if you're parsing).

Of  all her poems that I have read, this is the one I wish I wrote. It is stunning, it is timeless, with an unstated sadness, and acceptance of that sadness.

I close my eyes after reading this little piece and can visualize it being written in 18th or 19th century Japan just as soon as late 20th, or early 21st, century America.

his new wife
pap trying to argue
with the old rhythms

Here again is the humor that is never really far from sadness in Montgomery's work, albeit sadness usually taking precedence. And, on the same page in Starting Something, this companion piece - one can almost imagine that the argument was about the color of the paint:

In terms of point of view,  this seems a perfect pair, the first from the wife's and the second from the (second) husband's.

Small press writers come and go, usually with little or no notice outside their intimate circle of friends and fellow poets. It seems to me Ms. Montgomery touched a lot more people than the average small press poet. Even if the memory is fading, it's not entirely gone. And if one of these poems kindles a spark in the heart of a new reader, what then?

Why, a new memory is made. 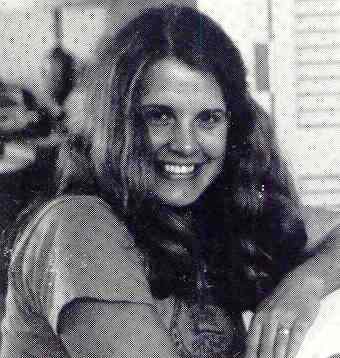 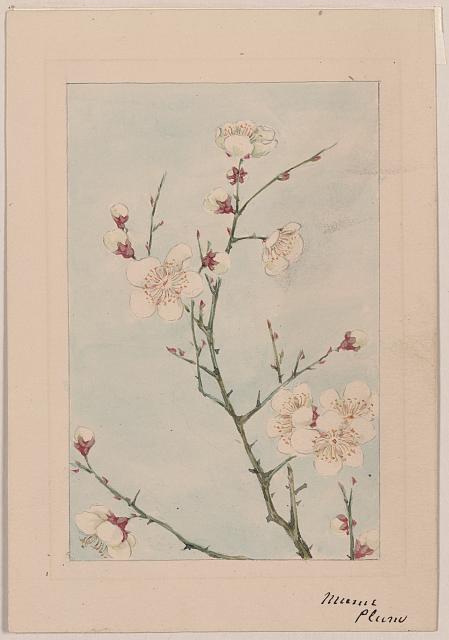 plum blossom scent--
a hazy memory
of my nanny's house