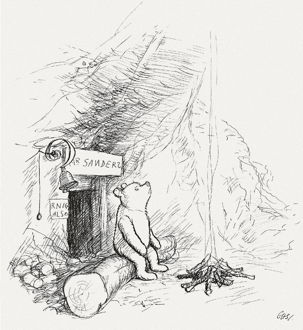 The Jefferson Airplane were in the forefront of West Coast psychedelia for a number of reasons, the most important being lyrics and creativity. The band has appeared a number of times on the Sunday Service - with songs "Rejoyce" (week 2), "White Rabbit" (week 27), and "The Good Shepherd" (week 148) - but, despite the fact that their source material was fairly unique for early rock (James Joyce's Ulysses, Lewis Carroll's Alice Books, and, well, the Bible), this week's selection takes the cake.

Today's song is the opening cut from their After Bathing at Baxter's album: "The Ballad of You, Me, and Pooneil."


So, what the hell is a Pooneil, you might logically inquire? Well, it's kind of simple, really, in a complicated way.


First off, it is something of a portmanteau word, coined by Paul Kantner, the song's composer, dovetailing together Pooh, of Winnie-the-Pooh fame, and Neil, as in the singer/songwriter Fred Neil, whose song "The Other Side of This Life," in the Frank Zappa arrangement for the Animals, they successfully covered. Neil was more famously known for his song "Everybody's Talkin'" from the movie Midnight Cowboy, which was a huge hit for Harry Nilsson.


It has been suggested in an insightful post on one of the interweb's ubiquitous boards that, for Kantner, the Pooh/Neil dichotomy represented a sort of polarized dualism:


For more on this, here's the post, with the info a little ways down the page.


All that being said, Kantner appropriated two complete verses from the A. A. Milne song "Spring Morning," from When We Were Young, for inclusion in "The Ballad of You, Me, and Pooneil":

If you were a cloud, and sailed up there,
You'd sail on water as blue as air,
And you'd see me here in the fields and say:
"Doesn't the sky look green today?"

If you were a bird, and lived on high,
You'd lean on the wind when the wind came by,
You'd say to the wind when it took you away:
"That's where I wanted to go today!"

And you thought Winnie-the-Pooh wasn't psychedelic?  Here's the Airplane's song lyrics in their entirety:

Love like a mountain springtime,
Flashing through the rivers of my mind;
It's what I feel for you (armadillo)

You and me go walking south
And we see all the world around us,
The colors blind my eyes and my mind to all but you,
And I didn't know that I need to have you around, and I do

I didn't know that I need to have you around.

'Spect you're wondering
I have a house where I can go
When there's too many people around me
I can sit and watch all the people
Down below goin' by me;
Halfway down the stairs is a stair
Where I sit and think about you and me;

But I wonder will the sun still see all the people goin'by
Will the moon still hang in the sky when I die,
When I die, when I'm high, when I die?

If you were a cloud and you sailed up there,
You sail on water as blue as air,
You'd see me here in the fields and say,
'Doesn't the sky look green today?'
Doesn't it look green?

Today's post is something of a twin spin as Kantner wrote two songs about Pooneil. In the following clip, the Airplane was filmed by Jean-Luc Godard performing "The House at Pooneil Corners" atop a building in Manhattan. Interestingly enough, this pre-dates the Beatles more famous rooftop concert yet has all the earmarks of that latter film.

Makes me think of Kesey's Further and how Magical Mystery Tour also came later (or the Who's Magic Bus, for that matter).


You and me we keep walkin' around and we see
All the bullshit around us
You try and keep your mind on what's going down
Can't help but see the rhinoceros around us
And you wonder what you can be
And you do what you can
To get bald and high
And you know I'm still goin' need you around
You say it's healing but nobody's feeling it
Somebody's dealing, somebody's stealing it
You say you don't see and you don't
You say you won't know and you won't let it come
Everything someday will be gone except silence
Earth will be quiet again
Seas from clouds will wash off the ashes of violence
Left as the memory of men
There will be no survivor my friend
Suddenly everyone will look surprised
Stars spinning wheels in the skies
Sun is scrambled in their eyes
While the moon circles like a vulture
Some stood at a window and cried
'One tear I thought that should stop a war
But someone is killing me'
That's the last hour to think anymore
Jelly and juice and bubbles, bubbles on the floor
Castles on the cliffs vanish
Cliffs like heaps of rubbish
Seen from the stars hour by hour
As splintered scraps and black powder
From here to heaven is a scar
Dead center, deep as death
All the idiots have left
The cows are almost cooing
Turtle doves are mooing
Which is why a poo is pooing
In the sun
Sun

This song is much angrier, apocalyptic in tone, than Ballad, which probably attracted Godard. It seems a precursor to to Crosby, Kantner and Stills composition "Wooden Ships," released in 1969 a year after "The House at Pooneil Corners," recorded by both the Airplane and Crosby, Stills, and Nash. 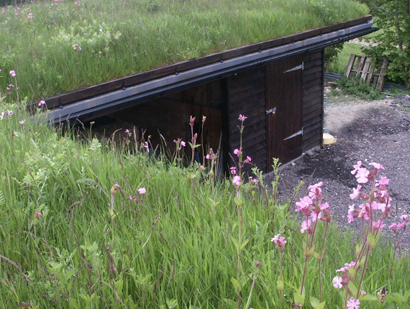 roof of the house--
sown by the birds
wildflowers