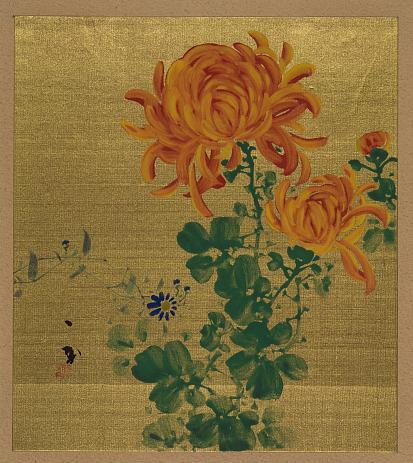 
A little over two years ago, I did a post on a collection of R. H. Blyth haiku translations called Silent Flowers, edited and assembled by Dorothy Price for a small little Hallmark hardcover collection. Recently, my partner and I were headed to the woods for a few days and I always like to have a little volume of this sort on hand for both enjoyment and inspiration, so into the backpack it went.

Nothing like a trek through snowy woods, followed by a hot toddie of some sort, while a few of the classic haiku masters take an analogous trek through the byways of your brain.

I found that many of the poems I'd highlighted in that past post appeared again on my little annotated sheet this go round. But there were some I missed last time, perhaps more subtle, certainly hitting me while I was in a different mood, so I thought I'd share a few more.


The yellow chrysanthemums
Lose their color
In the light of the hand-lantern.

The artist Buson dissects light itself, its gradations, its subtleties, its ultimate mysteries. There is a contrast here, too, between things man-made and things of nature. Might their even be a slight criticism of the former or is it just the artist as artist?

Issa, poet of sorrow and loss and humanity, once again gives us the big picture. This is reminiscent of his more well-known "the world of dew ... and yet" but with perhaps a slight bit of objectivity.


They spoke no word.
The visitor, the host,
And the white chrysanthemum.

Ryota's poem made me think of Buson's "the scissors hesitate". Here the chrysanthemum is on equal par with the visitor and the host, as important an element in the conversation as the other two, no mean poetic feat, indeed.


The moon in the water;
Broken and broken again,
Still it is there.

Chora's poem is simply transcendent; what it says of nature, and of life, "there are more things in heaven and earth," dear reader ... we need not complete the sentence, the revelation has done that for us.


The world
Is after all as the butterfly,
However it may be.

This may be one of the finest haiku I've ever read. It pushes all the boundaries; of form, of philosophy, of insight. The metaphor that is not a metaphor, in a poetic form that defies all rationalization.

This is stunning, in its literal as well as its figurative aspects.

Silent Flowers is arranged around some rough themes - specific images and seasons. I'm going to wrap this post with the promise with still a third on this same book, hopefully with a lot less time between. Here is another butterfly poem Price selects to follow directly after Soin's:

The butterfly having disappeared,
my spirit
came back to me.


How anyone could contemplate following Soin's poem with another, especially on the same subject, is almost ludicrous except Wafu's haiku equals it, if on a different level: the personal/universal rather than the universal/personal. To describe the essence of an experience such as this so precisely yet in a nearly metaphysical way almost defies belief.

These are stunning examples of haiku, some on the near satori level of Zen (Blyth's especiality, as the fine folk say), many by classic haiku poets I have little familiarity with.  The magnitude of Blyth's life work may be extrapolated from this handful of works, done in some cases by seemingly 'minor' poets.

Though this book is long out of print, it is still available for a song, as us humble folk are wont to say - check out copies here at abebooks, where you may often get better prices on new and used books from independent booksellers around the world than from the behemoth down the road.

All these years later, grouse or no, in all meanings of the word, Mr. Blyth shines through. We would hardly be here without him. 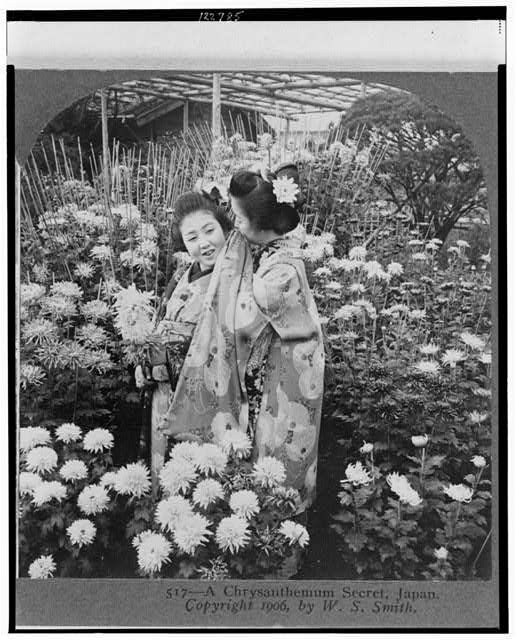 
perfectly straight
if we let it be...
chrysanthemum

Simply lovely, Don, thanks for sharing!

simply lovely, Don. Thanks for sharing!

Marvelous poems. Thank you so much for sharing them.

So this is what you think about while we're walking in the woods.

Glad you liked them, Rehn and willie!

Thanks so much, Theresa ... happy you liked it.

Loved this post, made me run to my bookshelves to pull out my own Hallmark book from so many years ago.
It's a different one, copyright 1970,but is from Blyth. Then I re-visited my little collection of haiku from the Peter Pauper Press.
Love their illustrations.
May have to order Silent Flowers. Thanks for the fun.
Mary Ahearn

A joy to read. Thanks Don

I've a number of the Hallmark volumes myself. I was really taken with Dorothy Price's selection of Blyth's translations, particularly since there are so many to pick from.

You won't regret ordering this one - the illustrations are also great.