Fire Down Below: Issa's Sunday Service, #56 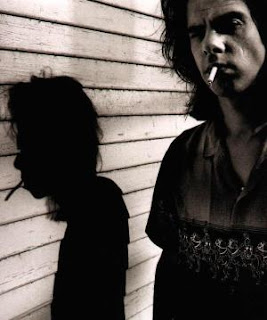 Today's text for the Sunday Service comes courtesy of Issa favorite Nick Cave, with a nod to Malachi, from the fantastic collection of sea shanties entitled Rogues Gallery: Pirate Ballads, Sea Songs, and Chanteys. Even if only have a vague interest in traditional folk music, you are bound to find something intriguing here. This collection in general, and this cut in particular, is not for the faint at heart (nor for those easily offended by foul language and lewd behavior). Now that I've got your attention I do hope you enjoy foul language and lewd behavior nearly as much as me.

One can hardly think about a song entitled "Fire Down Below" without conjuring up the Motor City's esteemed son, Bob Seger, so for those of you who thunk this is what you were getting when you headed this way, here it is:

That old carving
I thought I was
looking for, that
I have sought
out in museums
and shops, has
turned out to be
this life.

yeah! We DO NEED to de-bleep our language
... them bleeps are fucking up good movies on tv

just the other day we had to smuggle into this country copies of my new book (DE:SIRE IS) because of the cover!
Damn Dirty Minds are ruining meaningful dialogue, poetry, and art!

this what is via Seger your today's service? This IS sacred "stuff" and
you takes me back to
Queenstown Drive-In and ANITA Pacentrelli
1955 Buick Special
Fuzzy Sweater
he sure "pins" 'it' down in this tune...

Nick Cave - I've heaps of memories tied to his music and this collection is quite good. I also quite enjoyed Pinery boy -

Ed, some of that 50's back seat tango ... and yeah I don't think anybody gets pinned anymore, at least not in that 50's sense.

Jhon, thanks ... Pinery Boy popped up on the mp3 player last Saturday ... also love Cape Cod Girls and Good Ship Venus from the same collection, but the whole thing is really grand.