Antonio Machado, Issa, and the Return of the King 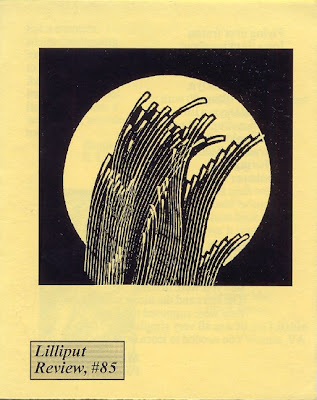 As time and tide permit, I've been trying to get a hold of and read some of the volumes suggested for the Near Perfect Books of Poetry list. This week, via the wonder that is interlibrary loan, I received The Sea and the Honeycomb: a Book of Tiny Poems, edited by Robert Bly. I've enjoyed much of what I've read; a great many of the poems are translations by Bly himself, occasionally with a collaborator.

The poems that struck me immediately were translations of the work of the Spanish poet, Antonio Machado. I've run into his work before and enjoyed it, particularly the shorter poems. Here are a couple of Bly's translations:

It is good to know that glasses
are to drink from;
the bad thing is not to know
what thirst is for.

If it is good to live,
then it is better to be asleep dreaming,
and best of all,
mother, is to awake.


Another excellent poem from this collection is by, of all people, Vladimir Nabokov:

Only the birds are able to throw off their shadow.
The shadow always stays behind on earth.

Our imagination flies:
we are its shadow, on the earth.


Finally there are a few poems by the delightful Issa, our patron; though I've seen this one translated differently, I like the starkness of this rendering:

Why mention people?
Even the scarecrows
are crooked.


The Sea and the Honeycomb is out of print and if you want a copy of your own, it will cost you via amazon's used market or my favorite virtual source for used books, abebooks. Some of the Bly translations are available in The Winged Energy of Delight, a volume of selected translations. The Issa and Machado are there but since the later's poems are part of a larger work, they are not indexed and one has to leaf through. But they are there, along with an incredible cross section of great poets. Here is the contents page plus a generous preview of the poems, courtesy of HarperCollins.

Since this blog takes its name and inspiration from the master poet Issa, I've tried to provide many different translators takes on his work (the Issa link above is new and different). Here is a translation from a master in his own right, Cid Corman, with a very different approach to another familiar Issa poem:


I've begun preparing the contributor copies of the new issues, #'s 163 & 164, for mailing and I'm hoping that they will begin to go out over the next two weeks. In the meantime at flashback central, here are a couple of little pieces from Lilliput #85, originally published in January 1997:

My father leans close
to my ear, a root beer
barrel rattling over
back teeth, he fumbles
against the rust clasp
on a blue plastic case,
scissors and black combs
within clear pockets.

you climb up my tree,
wake all the bats.

We are all of us
sparrows
in winter branches
without names.

Finally, to close out with a smile, below you will find the Monday edition from a relatively new comic strip, Lio. Lio is about a little boy with a mighty attraction to the macabre: zombies, monsters, aliens etc. are all regularly, and happily, featured in this generally amusing strip. This week takes it to another level with a homage to the greatest comic kid of all-time, Calvin, of Calvin and Hobbes. Below, Lio is once more messing with the mystic, with results that will delight comic fans everywhere:

I'm a sucker for cartoon strip (as opposed to comic/graphic novel) crossovers.

I love Calvin and Hobbes. Great Issa pieces as well.

Ah, yes, poetry along with those comics. Reminded me of Dave Morice's publication Poetry Comics. In that spirit, I found
this.

It appears there a bunch of these at the Poetry Foundation website. Maybe I'll do a post on them ...

Great comic! There's a comic in our local paper, Pearls Before Swine, that had a strip featuring the baby from The Family Guy.

I like that Cid Corman translation. And in the spirit of multiple translations, I just sent you a check yesterday, Don, for a copy of Dennis Maloney's "Dust Lingers," and I picked up a used copy of Issa/Basho/Buson translations by Sam Hamill, to go with the Blyth translations I'm reading right now.

Don,
Always a pleasure to drop in and read. I also loved the nod to Calvin and Hobbes having many of the comic books myself. Now I can add Lio to comic strips I enjoy. Thank you!
And I agree with Mr. Schwartz, I enjoyed Cid Corman as well.

Funny story about the Corman translation - it comes from a small book from Gnomen Press called "One Man's Moon." There were only a handful of Issa translations and "Only one guy" was best by a long shot. I saw the book and thought I'd pick up a copy and so ordered it via amazon, only to discover I already owned it (talk of an embarrassment of riches!). I was disappointed because of the waste of book buying funds.

The package arrived yesterday, I opened it and was delighted to discover that it was an updated edition with at least 3 times as many poems and many more of Issa's, of a generally higher caliber than the handful of riches.

Serendipity, what a joy ...

I guess "Pearls Before Swine" has a penchant for crossovers. The crossover link at the bottom of the post links to two other crossovers, one from "Pearls" and one from, the most improbable of all, "Family Circus" featuring Zippy.

I like that Pearls one, very funny. and I'll definitely check out One Man's Moon. Glad the new one was bigger and better!