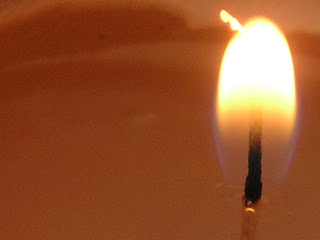 This fall, I've been invited to do two more sessions for life long learners on poetry, one on haiku and one on Robert Frost. The prospect of the haiku session has sent me scurrying about, collecting various books I don't have, and consulting the ones I do, in preparation. It's to be a short session, one hour, so I'll be doing a basic intro, including history and an attempt at a definition, and the rest of the session will be pure enjoyment of the work.

I've been looking at a number of older books on haiku, some which I plan to highlight here in the coming months. One such early collection, One Hundred Famous Haiku, selected and translated by Daniel C. Buchanan, adheres closely to the 5/7/5 approach to English haiku, as did many of the early English haiku collections. Since it's generally agreed that 10 to 14 syllables in English is closer to the 17 "syllable" Japanese, this approach can sometimes lead to haiku that seem decidedly bloated. However, since rendering is rendering, it can also result in provocative work, which informs other, more modern versions of classic poems we may be used to.

Two particular haiku by Yosano Buson grabbed me in these translations. I've not featured many of Buson's poems here because, with a couple of exceptions, I haven't connected as often with him as the other classic poets. Buson is noted for his artistic sensibility, being also a painter, and his poems often contain vivid images and are objective in tone. They are what might be termed word pictures.

This is a perfect example of lush imagery; what engages the reader immediately is the imagery, the blossoms floating, the stars twinkling. This is lovely in a way that really transcends the comparison at its heart; it is the stuff that makes life worth living, the mystery of existence itself. It is speaking the unspeakable, if you will.

Coincidentally, I read the next one on the last day of spring. When it comes to the half full, half empty paradigm, I'm one of those people who, at summer solstice, thinks only that the days are now getting shorter, neglecting the fact that we are entering one of the finest times of the year. Upon reading this, the kinship was immediate:

Candlestick in hand,
See, he strolls through the garden,
Grieving over spring.


Those of us who prefer spring and fall over summer (and winter), relate to Buson's feeling. And that single element is what makes this so unusual a poem by Buson: it is overtly about feeling, at least as it is translated here. This is Issa territory, if you will, more senryu than haiku, and it is all the more beautiful for it ... says the half-empty glass kind of guy.

They'll be a few more from this collection in a future post.


This week's poems from the Lilliput archive are a set, all on one page, taking a collective look how things are, plus one poem that gently pushed open the door as the last poem of the issue. They were originally published in Lilliput Review #147, October 2005 (5 more poems from this issue may be found in this post).

after his death
my father's brushstrokes
on the wall he painted


Farewell – and though there be
no budding in the spring
no autumn withering, as well.

O
this perpetual
is

"I'm one of those people who, at summer solstice, thinks only that the days are now getting shorter, neglecting the fact that we are entering one of the finest times of the year."

That makes two of us, Don. In fact I don't even count on there being too much ahead to neglect. Nor do I know if this makes things worse or better or the same.

Nice Busons, in any event.

this/that makes 3hree of us!

one plus one equals/makes three

It's nice to see quality Eastern writing blogs like this.

Tom and Ed: Well, this is good company ... I guess we're looking for a 4th for poker, or maybe gin rummy.

Conrad, thanks for the kind words (and there seems to be an empty seat at the table ...)

Like you, Don, I haven't connected as much with Buson's haiku as with the other Japanese poets. But these two are definitely good ones -- thanks! I'll have to look up that book.

Thanks, Greg. Glad you liked them.