A Hundred Gourds: A Call for Work 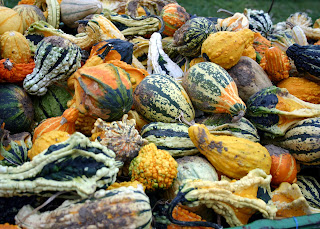 
An announcement and call for work, courtesy of William Sorlein:


A Hundred Gourds 1:1 is now online

The first issue of A Hundred Gourds: a quarterly journal of haiku, haibun, haiga and tanka poetry is now online.

The Editorial Team of A Hundred Gourds extends warmest thanks to everyone who submitted their work for consideration for this, our inaugural issue. Thanks to your enthusiastic welcome, it's a bumper edition.

As well as haiku, tanka, haiga and haibun you'll find essays, interviews and a review in the Expositions section. There is also a memorial Feature dedicated to the late Janice M. Bostok, Australia's haiku pioneer.

Please join us in welcoming three new editors to the AHG team:


a hundred gourds
from the heart
of one vine


the aging gourd
and I
cast our shadows

Very cool. I'll have to check it out.

Geez, Don, thanks for your vote of confidence in our quality.

Go for it, Charles.

I know it will be great, solid team you've got there.

The photo is from morguefile, in the public domain:

So, there you go.