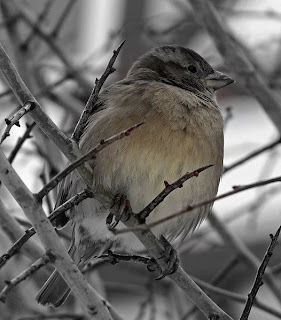 Why this song you might ask, with total legitimacy?  Well, there are many reasons, probably both starting and ending with the fact that this old hippie fart believes this to be the finest song to come out of a unique era of music.  And because I gave myself the album on which it appears for Christmas in my very early, impressionable teen years, hence the association.


"River," by Joni Mitchell, has to be one of the most unusual songs to somehow, slowly, slowly, wend its way into the classic Christmas canon.  Again, a song that goes straight to heart.

Finally, no explanations necessary here. It's a toss up - who would you rather have come down the chimney, Santa or Eartha? Eartha or Santa? Something in a name, something in a rhyme. Truly, there is only one Santa and, as far as I know, one Eartha.

Eartha. Just think about that name.

Best of holidays to all.  I'm very fond of the winter solstice - a dangerous time, true, for all species, hence all those lights from the upright brigade.  Bank up the fire, brothers and sisters.  Someone's told me that, from here on out, it will get lighter every day.

Now that's my definition of hope.


bedtime sake--
whether the new year comes
or not

Mele Kalikimaka. because it's possible. aloha

about as Beautiful
as anything ever
gets/got.

recall when she told Johnson's wife
that the VN war was a crock?

she was frequently here in D.C.

around the corner from where we had the store/lived..
my grandmother took me

one of her very early movies was on the other day...

among her many, many "classics"?
that Santa song...

I have to admit to kind of liking Santa Baby!

Don you have melted my heart with the sparrow and the river... and all of life you share. Many thanks, blessed light. Merrill

Yes, Ed, she will always be endeared to me not only for wonderful talent but her never back down approach.

The Johnson thing raised her to cult hero status ... a real big deal back then.

I wonder which movie that was you went to see with your grandmother?

Sparrow often crops up for me but at a reading of new material before Christmas, I noticed only while reading how many times.

So, going with the flow, sparrow makes another appearance. I see so many on the cold winter walk to work and they never fail to charm me.

went with Nanny many times (well, maybe 3) NOT to movies to see her but to various clubs to see her shows.

last time live? Was when I took Anita Pacentrelli ON A DATE to the Carter Baron Amphitheater
was Ramsey Lewis Trio with her.. I was driving then so
it must have been around 1958 ?

My memories in Memory will go with me... an dall that will be left: to feed the dust motes/mites/mots

nor Anita, nor Doan-Trang, nor Fay-Ling, nor Sun-Young will care..

this IS the Natural Course of Things, EH?
everything else is just pissing-between-the-Silences.
& , well, writing & drawing some of The Bones down.

I have parts out of my latest Magnificent Opus in current issue of Sunfish some of it coming in next issue together? about 1/2 of ARS POETIC HER

Ah, yes, Kokkie-san - our memories will go with all of us - published a poem by Huff about that:

All those
I have mourned
will die
with my dying:
my mother's hopes,
and my father's doom:
all the faces,
all the rooms.
Albert Huffstickler

Sunfish out now... got my "contributor's copy two daze ago:

never heard/read any of the others....

my biggest regret re: Huff?

all we got around here is this Plastic Sissy Coffee Shops
... Starbucks with their virtual faux microwaved "food"

Feel like I've spoken with that little bird before.

And it said: "Someone's told me that, from here on out, it will get lighter every day."

Now that's my definition of being able to see the tree for the forest.