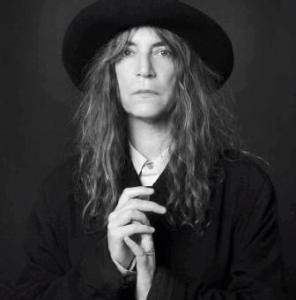 In case the above isn't work, click here
Who'd have thunk it - 150 songs with literary references. 150 and counting that is. Patti Smith gets the honor of this landmark number because, well, she is a people's rock artist, a people's poet. You might think the 'honor' would go to the likes of the Beatles or Van Morrison (whose song Patti is covering, and then some, here) but nope.

All of which has a little something to do with how an artist approaches the distribution of their music, how much common sense they use in said approach, and how willing they are to see it 'out there' in the hands of the great unwashed. And at what cost. To the artist, to the great unwashed.

But, don't get me started.  Here's what the fab site, Songfacts, has to say about this week's song:

Hang on, this will get confusing. Van Morrison originally wrote a song called "Gloria," released in 1964 by Morrison's band Them, on their album The Angry Young Them. The Catholic church also has a hymn called "Gloria in Excelsis Deo," also known as the Greater Doxology - it's part of both Byzantine and Roman rites and has been since the 2nd and 3rd century. So we come to this song, where Patti Smith is covering Van Morrison's "Gloria" but giving it the Catholic hymn name. Because that's the way they do it in New York!

Patti Smith was clearly aiming for deliberate sacrilege and shock-value with the title - the opening lines "Jesus died for somebody's sins, but not mine" are one of the seminal protopunk lyrics.


As to what Patti is referring to in the title, the Greater Doxology as noted above, well, that might just add to the confusion. I'm betting it's the modern translation of the present day Latin text:

Glory to God in the highest,
and on earth peace to people of good will.
We praise you,
we bless you,
we adore you,
we glorify you,
we give you thanks for your great glory,
Lord God, heavenly King,
O God, almighty Father.
Lord Jesus Christ, Only Begotten Son,
Lord God, Lamb of God, Son of the Father,
you take away the sins of the world,
have mercy on us;
you take away the sins of the world,
receive our prayer.
you are seated at the right hand of the Father,
have mercy on us.
For you alone are the Holy One,
you alone are the Lord,
you alone are the Most High,
Jesus Christ, with the Holy Spirit,
in the glory of God the Father. Amen

The reason I'm thinking this is that Smith's opening line is referencing "you take away the sins of the world": "Jesus died for somebody else's sins, but not mine." In any case, old or new, this seems to be what she is referring to. Surely, it isn't the modern carol, here diva-fied by Mariah Carey?

So, Patti has number 100 and now 150 (as well as 36 & 58)on the Litrock list - here is a relatively recent live version of Gloria; not to put too fine a point on it but she has not lost a single step:


Oh, and so here is what's his name, with the Brit invasion band Them, putting it out there:


Finally, the 60s version from this side of the pond that US kids, who aren't already dead, remember by the Shadows of Knight: 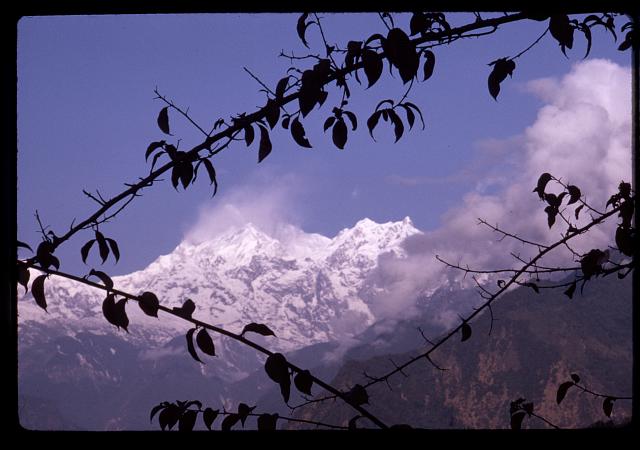 less high
than the sins of men...
peak of a cloud

Any way you like at it (and not to be cute) Smith's treatment of Van Morrison's "Gloria" IS divine, chiefly because of exactly what you wrote in that second and thurd paragraph, Don: "All of which has a little something to do with how an artist approaches the distribution of their music, how much common sense they use in said approach, and how willing they are to see it 'out there' in the hands of the great unwashed. And at what cost. To the artist, to the great unwashed.

Can always count on you for the whole thing. From the muck and the minions, Donna

very well done - always have appreciated P Smith, sins and all, maybe especialy 'cause of the sins -

Just wonderful - mother punk at her best - Gloria is reborn with a 'Slick' appeal. thanks Don

A couple of years back I read Patti Smith's "Just Kids," her beautiful memoir of her years of friendship and more-than-friendship with Robert Mapplethorpe. Which also covers a lot of ground of her life as a young artist in New York, living off and on in the Chelsea Hotel, surrounded by the other electric musicians and artists of those years. Absolutely tender and heartfelt throughout. She can really write.

(Just as an example, one moment from the book that comes to mind, her almost offhand account of one day walking into one of the rooms at the Chelsea where several of her friends were gathered, and there was Kris Kristofferson teaching his song "Me and Bobby McGee" to Janis Joplin. Some people live lives made of such moments, and Patti Smith is one such person.)

Wishing you a Happy and creative New Year

Thanks so very much ... and what a fine blog you've got going!

Donna, thanks as always for close, deep consideration you give what goes on here ... it means so very much.

It is all about the sinning (and the non-sinning).

Thanks, Charles. Glad you liked the work.

Anonymous, too, knows how to rock. Thanks.

Yes, the writing is very good ... it's no wonder that the book exceeded all expectations.

As good as the writing, how huge is the heart.