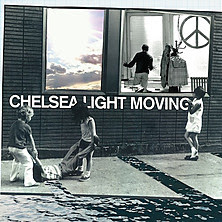 One of my favorite bands - strike that, one of the best alternative bands of the last 25 years, Sonic Youth is currently on what may prove to be permanent hiatus. It is often difficult to overcome the tribulations of love within a band, especially when it goes decidedly south. But, you never know.

That being said, I discovered last week Moore has a new band - Chelsea Light Moving (tip of the hat to Philip Glass) - and they seriously rock and, in the case above, seriously litrock.

"Frank O'Hara Hit" has got everything going for it in the art rock sense - already there are complaints that Chelsea sounds just like Sonic Youth. Yeah, well, complain away, great music is great music, so there you go.

And then there is: "Yes no, yes no, yes, yes", which you will hear at the very end of the cut, if you make it all the way through the glorious noodling (yes, I recognize this isn't everybody's cup of meat) .

And, if not and you are still here (yes, I do love you), you can hear it in it's original context, if you prefer the lyrical to the sonic (pun intended): here is Frank O'Hara, reading his poem "September 14th, 1959 (Moon)."

Serenity lopes along like exhaustion
only windier and silver-eyed
where fragments of distress in hunks
lay like the plaster in the bedroom
when the bed fell down, greenly
murmuring a phrase from the Jacksonville
Chamber of Commerce of the Pacific
yes no, yes no, yes, yes, yes

an agate breeze pours through the gate
of reddish hair there is a summer
of silence and inquiry waiting there
it is full of wildness and tension
like a gare, the warmly running trains
of the South escape to sweet brooks
and grassy roadbeds underneath the
thankful and enlightening Russian moon


There's another song called "Burroughs" on the new album, which I have on order, and which no doubt will be making an appearance here sometime soon. 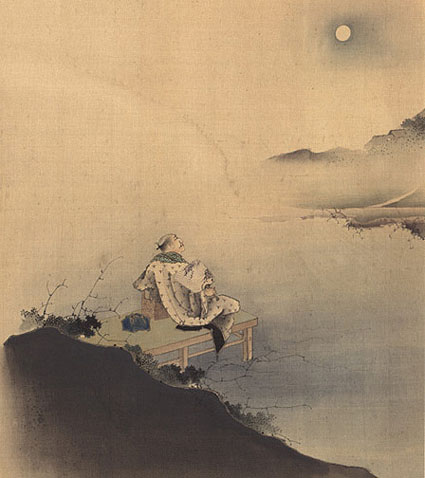 
if only she were here
for me to nag...
tonight's moon!

Yes, the Issa is heart wrenching!