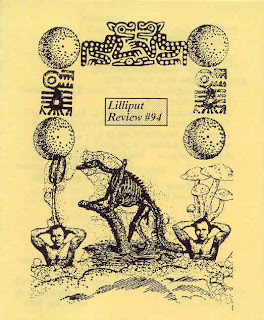 Lots of very interesting poetry related news this week, beginning with Mary Oliver. As something of an early preview to my posting of a review of her new book of poems, Red Bird, on Eleventh Stack (a blog from my day job), here's that post, which will be appearing next week, possibly in a slightly different form:


"Even at her most agnostic, her most atheistic, Mary Oliver was always a spiritual, even a religious, writer. Her embracing of nature is all-encompassing, recalling the preoccupation of no less a poetic figure than William Wordsworth. In recent years, as seen in her last few books, she has evinced a new found faith beyond the more general pantheism that always seemed to be just below the surface of many of her finest poems.
I have to admit, I approached this newer work with the kind of trepidation one has when hearing of a life-altering event involving a close friend; confronting a new found faith in others that one does not necessarily share can be a daunting thing, most especially when it concerns an old friend. I'm happy to report that, as may be seen in her new collection of poems, Red Bird, this faith is not only a logical extension of her previous beliefs, it in fact firmly accentuates what has come before.

Mary Oliver's wide appeal beyond the usual poetry reading community is easy to understand; her poems are rendered in simple basic vocabulary, are no less beautiful for that simplicity, and concern the every day world around us. Her perception of things is acute; she points out in nature what we all might see if we took the time and had the patience to truly look. Beyond capturing the moment, she also supplies the resonance from which meaning may flow. When she is good, she is transcendent. When she is average, she is at least always interesting. Red Bird is a volume that may be read straight through and then bears, in fact induces, repeated readings. It is cohesive in that its overarching theme is present throughout. There are more than a handful of excellent poems here. Listen to this excerpt from Straight Talk from Fox:
Don't think I haven't
peeked into windows. I see you in all your seasons
making love, arguing, talking about God
as if he were an idea instead of grass,
instead of stars, the rabbit caught
in one good teeth-whacking hit and brought
home to the den.
Highlights include this poem, along with Invitation, Night and the River, There is a Place Beyond Ambition, We Should Be Prepared, This Day and Probably Tomorrow Also, the fabulous Of Love, I am the one; well I could go on. There is even a powerful political poem, Of the Empire, that telescopes the general to the particular in a most damning fashion. If you listen closely, you may find there is a message just for you, as in the beginning of Invitation:
Oh do you have time
to linger
for just a little while
out of your busy
and very important day
for the goldfinches
that have gathered
in a field of thistles …
There is a wisdom here, the wisdom of long life, of loss, of longing, and of acceptance. But most of all there is beauty, a beauty not to be missed."

Oddly enough, while reading this book through a second time, I got to thinking once again about the idea of a near perfect volume of poems. Red Bird contains many, well, not very good poems. Yet, still and all, it is a very good collection, precisely because the inferior work in this case informs the overall collection. The overarching theme is consistent throughout and, in one sense, though obviously supplying its subject, it also strengthens its voice. Here is a little 4 line poem that perfectly captures what I try to get at in the review:

So every day
I was surrounded by the beautiful crying forth
of the ideas of God,

one of which was you.

Now, if the G word puts you off, so be it; for me, the spiritual element is almost Buddhist, especially in light of Oliver's preoccupation with nature and its resonance in our lives. If you do nothing, pick this book up in your local independent shop or Borders or B & N (or, better still, your library) and read one poem: Of Love. It alone is worth the cover price (and more).

Some interesting tidbits around the web include the Village Voice reprint of an article from April 1958 written by Kenneth Rexroth on the Beats. Ted Kooser, the subject of a recent post here, is participating in a project sponsored by the Poetry Foundation and the Library of Congress entitled American Life in Poetry, which supplies "a free weekly column for newspapers and online publications featuring a poem by a contemporary American poet and a brief introduction to the poem ..." Poetry bloggers take note: at 161 columns and counting, that's a lot of presupplied content. For poetry lovers there are a lot of new poems to be exposed to, by both well and relatively unknown modern American poets.

In addition, there is a great 20 minute documentary on one of my favorite contemporary poets, Gerald Stern, entitled Gerald Stern: Still Burning, at the website Poetry Matters Now, which features a parcel of video readings and is worth a bookmark.

And, finally, in the news department, can it be true that the poetry volume that moved an entire generation, A Coney Island of the Mind by Lawrence Ferlinghetti, is really be 50 years old? And, of course, anyone that would ask that question ... If by some chance you haven't read this one, don't hesitate; it most certainly would be on my list of the most important books of poems of the last century.

Well, believe it or not there is more, but the day job beckons. So, in closing, here are some sample poems from Lilliput Review #94 (December 1997), the cover of which appears above.


the rain
knits us
with threads
of silver


And then there is this one line gem - I do love one line poems:


Cosmoses were
swinging in the war-ruined city:
softly like now.

Till soon (or next Thursday, whatever comes first),

Sold, to the lady in the brown sweater, one red bird...

I love one line poems, too. They are, in fact, what I do. Great to see Oliver, Wright, Rexroth, haiku and one line poems on one site. I think we could trade libraries. Will be back.

Thanks for the kind note. Look forward to hearing from you again ...