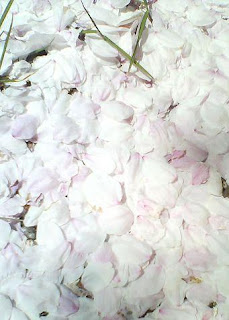 I was reminded of this Tom Waits song from a recent Facebook posting and it immediately put me in mind of two James Wright poems, one for obvious reasons, the other maybe not so obvious.  In any case, I'm thinking out loud here: Merry Christmas, good holidays, and Happy New Year, folks.

Hook
I was only a young man
In those days. On that evening
The cold was so God damned
Bitter there was nothing.
Nothing. I was in trouble
With a woman, and there was nothing
There but me and dead snow.

I stood on the street corner
In Minneapolis, lashed
This way and that.
Wind rose from some pit,
Hunting me.
Another bus to Saint Paul
Would arrive in three hours,
If I was lucky.

Then the young Sioux
Loomed beside me, his scars
Were just my age.

Ain't got no bus here
A long time, he said.
You got enough money
To get home on?

What did they do
To your hand? I answered.
He raised up his hook into the terrible starlight
And slashed the wind.

Oh, that? he said.
I had a bad time with a woman. Here,
You take this.

Did you ever feel a man hold
Sixty-five cents
In a hook,
And place it
Gently
In your freezing hand?

I took it.
It wasn't the money I needed.
But I took it.

In Response to a Rumor That the Oldest Whorehouse
in Wheeling, West Virginia, Has Been Condemned


I will grieve alone,
As I strolled alone, years ago, down along
The Ohio shore.
I hid in the hobo jungle weeds
Upstream from the sewer main,
Pondering, gazing.

I saw, down river,
At Twenty-third and Water Streets
By the vinegar works,
The doors open in early evening.
Swinging their purses, the women
Poured down the long street to the river
And into the river
I do not know how it was
They could drown every evening.
What time near dawn did they climb up the other shore,
Drying their wings?

For the river at Wheeling, West Virginia,
Has only two shores:
The one in hell, the other
In Bridgeport, Ohio.

And nobody would commit suicide, only
To find beyond death
Bridgeport, Ohio.

Finally, a poem from issue #51, back in 1993, by the fine poet, Christien Gholson, to commemorate the day today.  It was #18 in the "Brobdingnag Feature Poem" series, in which the editor slips in a little something beyond the normal ten-line constraint.  Enjoy.

Sudden Compassion in the Alley Behind
The Apartment, Christmas Day
The Lords of Trash
ride the beerbox skidding across black ice.
Their laughter calls down the dead
who will not accept their death,
waiting behind black windows made of sudden crow wings.
They tumble into the world
and enter the bodies of flying ragleaves,
freed from the ice, tossed blind
back up through the black crow windows
without a sound.
Everything is alive like a merciful warning.
Alive!
Even those souls gnashing each other
behind sudden dark windows, desperate
to finish something that's already finished.
The tossed leaves shimmer over starlings
praising the chimney smoke that warms them
and the leftover smoke opens its mouth,
drinking down the seed husk coins
the sparrow let fly onto the wind.


New Year's day -
everything is in blossom!
I feel about average.


By way of explanation, under the classical calendar in Japan, New Years is later in the year, about the 2nd or 3rd week in February, around the coming of spring.    Also, it is tradition that everyone celebrated their birthday on New Years.  Issa's undercutting of tradition here is really his poetic signature.

Happy Christmas all, and, for the coming New Year, may you feel about average.

"I'd just drive me a different car every day, depending on who I feel."

Neko Case does a nice version of this, too.

Thanks for the Wright poems -- they're brilliant.

Jim, thanks for the tip on Neko Case, I will definitely check it out.

James Wright's poems about Minneapolis (where I've lived most of my life) have a particularly beautiful and terrible presence for me. His poem "The Minneapolis Poem" (in his book Shall We Gather at the River) is surely the greatest poem I've read about this place.

The first few lines of "Hook" are just perfect in their description of the desolate cold of deserted bus stops in the winter here.

I've never quite had the exact experience Wright tells in this poem, though once some years back, on a winter morning in downtown St. Paul as I was on my way to work, a man leaning against the wall of a building asked me for money, and offered his prosthetic arm hook as collateral. True story.

I always get a glean of Dante in "Hook" - something about that wind rising up from some great pit ... but then extreme hot and cold are all of the same cloth, so to speak.

An amazing experience you had on the streets of Minneapolis - so many might have had it and not known this poem.

Great pairing - seems like the Wright poems would sound great as Tom Waits songs! They both have grittiness and dark humor. This put me in the mood to listen to the Real Gone album. Need to read some Wright - any suggestions?

The volumes I would urge on you are "The Branch Will Not Break" and "Shall We Gather at the River," along with "To a Blossoming Pear Tree" and "This Journey," which contains some fine prose poems. There are also "Two Citizens" and "Moments of an Italian Summer."

We have the complete poems - "Above the River" - at CLP (Carnegie Library of Pittsburgh for out-of-towners). I'd suggest checking it out and dipping into some of these collections." "The Branch Will Not Break" is a must.