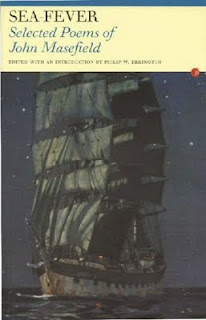 When I began this feature on Issa's Sunday Service two plus years ago, I imagined two things: one, that I would be digging very deep into the classic canon of rock and roll and, two, that I would be getting tons of suggestions (since I was offering two free issues of Lilliput Review as incentive - and still am) for the list from newer artists I was unaware of, being something of a dinosaur myelf. Though both of those thoughts are at least partially true, something happened I never imagined and that was that I began stumbling on things left and right through a variety of methods too arcane to delineate.

Today's selection is a result of one of those stumblings. I have a pretty wide net cast for poetry via google reader and one of the things I tend to run into as a result is musicians putting out new albums which have some affiliation with poetry or literature. This week I found an album, though it originally came out in 2006, with a distinct country folk rock feel by Kris Delmhorst.

And what an album it is: Strange Conversation. The conversations are perhaps not as strange as the title implies, but they are skewed enough to make it appropriate. Delmhorst interprets, reworks, and just plain sings works by Edna St. Vincent Millay, Robert Browning, E. E. Cummings, James Weldon Johnson, George Eliot, Rumi, Byron, John Masefield, Walt Whitman, Robert Herrick (links are to specific works Delmhorst performs), and two cuts derived from Hermann Broch's novel The Death of Virgil. Heady stuffy, possibly lethal in some cases - the culture clash on the Rumi will just twist your head around and, if you are like me, you'll be screaming no, no, no - until you realize that the scream has the pinkish-red tinge of the ecstatic.

More on that one in a future post, I'm sure.

But today's selection I believe is the most unlikely of all and, with sweet irony, the best cut on the album: "Sea Fever," based on a poem by the largely forgotten, once immensely popular poet, John Masefield, who served as Britain's poet laureate from 1930 till his death in 1967. The fact that the Delmhorst rendition is, to my ear, exquisite is in no small way a measure of how fine a poem "Sea-Fever" really is.

Masefield was a poet and novelist of the country and the sea and today's song/poem is one of his most famous and one of the few of his considerable catalog still known today. He must, in some ways, have felt a man out of time. Certainly he came at the end of the great agrarian and sea faring eras and his work more comfortably fits in the 19th than the 20th century into which he was born. He has been slotted Georgian and that in and of itself is limiting, damning, and true, all in one fell swoop.

In any case, a tip of the ol' sailor's cap to Delmhorst, in loving memory of Masefield, and this one goes out to any who've spent time "the call of the running tide" or sailing her wide spread "silver plain."

Here's a fine, straight-forward reading of the poem with lyrics.

"And all I ask is a merry yarn from a laughing fellow-rover
And quiet sleep and a sweet dream when the long trick's over."

This week's poem from the the Lillie archive comes from issue #67, way back in April 1995. I don't know what Mr. Masefield would have thought - the inner sea and all that - but I like it. Hope you do, too.


searches inside herself for metaphor
finding the sea: slippery fillet of kelp
scallop-smooth muscles thicken
in buttery baths mollusk-soft

the melting blaze of saltshore fires
against oceans rising


my dead mother--
every time I see the ocean
every time...

Strangely, I've been having a bit of sea fever myself lately. I read a couple of really good pirate stories and then watched Treasure Planet. I'm looking for a kindle copy of treasure island as we speak. I want to read some more sea stories.