Your John Thomas, My Lady Jane 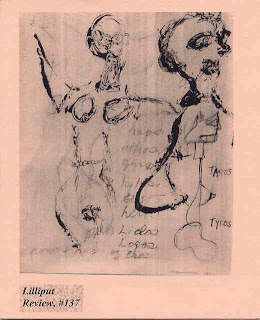 This week's posting begins with a recommendation: the new movie entitled Lady Chatterley. Lent to me by a friend, I came to it with some trepidation. Many have taken a crack at DHL's novelistic masterwork (he wrote much better short fiction), with very limited success, including a 1992 Ken Russell BBC TV production. Newly released on DVD, this is an excellent representation of Lawrence's work, only it's not the work you may have thought. This Italian production, directed by Pascale Ferran, is an adaptation of the second version of what was to become Lady Chatterley's Lover, entitled John Thomas and Lady Jane, the title deriving from what Monty Python would have called the names Constance and Clifford have for their naughty bits (or as the tagging at IMDB only slightly less obliquely opines, "Genitalia").

I knew something was off as soon as Mellors came on the screen. He was all wrong and I thought did they read a bad translation? But when Mellors was addressed as Parkin, I finally figured something was up. And what was up turns out to be a very good film, indeed, minus Lawrence's more polemical views that seeped into the final version we've all come to know and ban. I did some background work and was reminded (I'd taken a course in Joyce and Lawrence as an undergrad back in the days before VHS) that an early draft of the novel was called Tenderness, and this name is a clue to this film adaptation. The focus is, as in LCL, the relationship between Parkin and Constance, minus the Lina Wertmuller-like politicization of the personal that DHL prefigured by nearly half a century. The Italians have managed to bring love and lust back into the matter, center stage, where it belongs. Of course, the final test of any version of this work is, plain and simple, sex: will we get the full frontal male nudity that, as a culture, we have been so ludicrously avoiding for what seems like forever? The answer here is, unfortunately, yes and no. We get the usual, if you'll pardon the expression, dollop of frontal views, with but one measly scene shot straight on in what may be kindly termed a semi-excited state of things.


So what, you may ask? Doesn't this bring the politics back in, in a way? My thought is no. The sexual portrayal of women on the screen since cinema began trumps politics here. If you show the woman, show the man. That's it.


And that's my only gripe. This is a fine film to see. The lighting of the Italian countryside passing for a British summer at it's very, very best may be a bit of a stretch, but it is lovely and it is fitting. The acting is superb and the de-demonization of Clifford, for the most part, is actually welcome. If you are inclined to Lawrence, do see this; you won't be disappointed.


Back in a posting (beware of pop-ups) at the old blog last July, I talked about d.a.levy and a new book entitled d.a.levy and the mimeograph revolution, which chronciles the life of levy and a seminal period in small press history in America. A review I wrote for The Small Press Review has just come out and I've posted a pdf file for those interested here.


On the Lilliput front, a couple of new issues have been posted to the Back Issue Archive, making a total of 16 issues with an average of 6 sample poems per issue. In addition, two new indexes of Lilliput materials by M. Kei are now on the homepage sidebar: one is an index of all the poems in the Modest Proposal Chapbook series and the second is a Lilliput Special Item Index. The "Special Item" index covers all the Broadside Issues, Special Issues (themes and size) and the Modest Proposal Chapbooks by author and title. These, along with the index of the first 158 issues, covers everything published at Lilliput since its inception in 1989. Thanks again to M. Kei for his careful work.


Sample work this week is from issue #137, published in May 2004. It begins with a poem about spring by the British poet David Lindley; somehow, this seems just the right ticket for the dead of winter with wind chills in the single digits and my two mile walk to work today looming large in the next hour or so. It's no Italian representation of the English countryside, but it will do for now. Enjoy.


The earth bears
everything,
even your sadness.


Haifa
The butterfly
alights on the bomb
summer Haifa afternoon


hearing
nothing
is
telling
me
something

When our enemy had a face
its jaw was wide, the eyes
were narrow, and the lips

rarely curved into a smile.
It was the soldier’s
face stamped a thousand times
from a single mould, combing his hair


in a rest room mirror
a face we wouldn’t recognize
even if it were our own.


lone blackbird
in the far away sky
all of it


This issue was dedicated to the memory of Giovanni Malito and, so, we still remember him now, all these years later. A fine Irish poet. 'Nuff said.

A beautiful poem by Giovanni Malito! Thank you.

J.L.S.: Thanks for the note. There is a great tribute page to Giovanni, with some of his poems and some links, at:

He always worked near the secret center of things ... Don