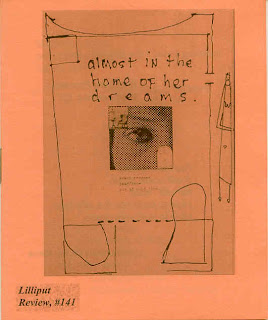 As inevitably happens from week to week, I think of something to share and, in the press of getting other things done, forget some detail or other. One thing I really wanted to post last week relates to the recent anniversary of the birth of Robert Service (January 16th). Though I’m not much for narrative poetry, the uniqueness and power of the work of Service is something it would be foolish to ignore. As with all great poets, Service had an insight and overwhelming empathy with the human condition; yes, empathy, because, I believe he wasn’t particularly happy about it but he knew it to the core, not unlike Bukowski, the subject of last weeks musings.

In any case, what rescues Service from morose oblivion is humor; an overriding, abundant, dark, deep sense of humor. So, for his birthday, here is a real treat: a dramatic reading by another student of the human condition, radio monologist and raconteur of many an obscure topic, Jean Shepherd. Admittedly someone who is little known outside the metropolitan area (aside from the adaptation of his work in the holiday perennial A Christmas Story), Shep was something of a rite of passage for the young in the late 50’s and early 60’s, one of the last threads to old school radio. He had a soft spot for poetry in general (he once did a whole show reading haiku translations of the masters, deadpan, with “Oriental” music wafting in the background, to somewhat limited success) and Service in particular and, on odd nights when in a certain mood, he would break out the Service and regale the WOR airwaves with tales of the Yukon. So, in celebration of Service’s birthday and in concert with the recent cold snap that has much of the country longing for a little heat not unlike ol' Sam McGee, here is The Cremation of Sam McGee. For more Shepherd, unexcerpted from his natural environment, see the archive of shows Mass Backwards, by Max Schmidt of WBAI, which has a permanent link at the bottom of the sidebar on this page.

I’ve received news that Gary Hotham’s Missed Appointment has been reviewed in the British magazine Presence. Here is a copy of that review by Matthew Paul:

Cheques payable to Don Wentworth, from:

Gary Hotham has been writing haiku for four decades and his economical style is one of the most distinctive within the homogeneity that comprises much of the English-language haiku published today.

In a brief introduction, Hotham approvingly quotes the belief of Billy Collins, the American 'mainstream' and haiku poet, that haiku contains "a very deep strain of existential gratitude" and that "[a]lmost every haiku says the same thing: 'It's amazing to be alive here.'" This 'Modest Proposal Chapbook' of just 15 haiku exemplifies Hotham's ability to be absolutely in tune with what it means, at any given time, to exist. Quite simply, and in plain language adorned only by mundane adjectives, Hotham writes about things that most haiku poets would overlook:

Whether other writers would ignore such subject matter deliberately or merely by not paying enough attention to the world around them is open to debate. Hotham certainly attunes himself and his readers to moments which, rather than being vitally significant, could be considered trivial, perhaps to the point of banality; but, for my money, the humble and persistently downbeat nature of these poems is admirable in a small dose such as Missed Appointment provides. In longer collections of Hotham's work, though, I'd need a dollop or two of verbosity to offset and lighten the minimalism.

Whatever the merits of his style, one fact about Hotham surely cannot be disputed: that he writes excellent, poignant senryu, two of which I'll end with:

the sweetness of the cake

This week, the following poems are from LR #141, from January 2007. If anyone is following along, you might notice I’ve skipped #140. #140 is a broadside by Alan Catlin in honor of Cid Corman, entitled “For Cid.” It is a 7 poem collection of short, delicate work which would not be served well by excerpting, though many of the poems stand well alone.

It will come again.

How to embrace the stillness.

How to wait with grace.

Everything waits in the dark

for you to say,

My heart is torn

since I’ve seen you.

I measure my life

waiting to meet you again.

Finally, let me recommend this morning’s poem on The Writer’s Almanac: “How to Kill” by Keith Douglas, who died in the invasion. It puts a human face and sensibility on the deaths that continue today as war rages on.

Good to see your tribute to Jean Shepherd. You should know that he was not only on the radio in the 1950s and early 1960s as you imply, but until April 1977. He not only read Service on his program but did an entire album of Service poems with commentary. For more info on the multi-faceted genius who was Jean Parker Shepherd, see my book, the only one about his art: EXCELSIOR, YOU FATHEAD THE ART AND ENIGMA OF JEAN SHEPHERD.
--Eugene B. Bergmann

Amazing to be here, indeed.

All poems say yes, I'm sure of it.

Thanks for your kind note. Sometimes in this form of writing, one doesn't see the forest for the trees. I, of course, listened to Shep right through the 70's (and continue to do so through WBAI NY online), but was focussed on that young impressionable kid who was sneaking a transistor under his pillow each night to listen to an adult tell it like it really is.

As a continued fan, I read your book soon after publication and enjoyed it very much. Excelsior, You Fathead: the Art and Enigma of Jean Shepherd gives a true flavor of Shep, his complex personality, and has an oral, anecdotal quality I'm sure he would have liked. I have recommended it to many other Shep fans (and I've stumbled across more than I would have imagined here in Pittsburgh, PA) and to anyone with an interest in the power of radio in general and the storyteller in particular.

Truth will out and yes, yes it is, yes they do.