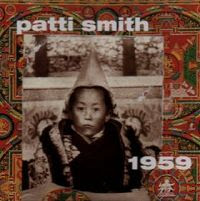 In case of wonky widget, click here
I really can't go very long without revisiting the Patti Smith: she is known as the high Poetess of Rock for good reason. Today's song, 1959, is a bit of a history lesson from a counterculture point of view. Certainly the year was pivotal in so many ways. Here are some random facts from that year, courtesy of Wikipedia and HistoryOrb.com (a bit of an indulgence, yes, but an informative one):


Listen to my story. Got two tales to tell.
One of fallen glory. One of vanity.
The world's roof was raging, but we were looking fine;
'Cause we built that thing and it grew wings,
in Nineteen-Fifty-Nine.

Wisdom was a teapot; Pouring from above.
Desolation angels
Served it up with Love.
Ignitin' strife like every form of light,
then moved by bold design,
slid in that thing and it grew wings,
in Nineteen-Fifty-Nine.

And here's a near perfect live take: 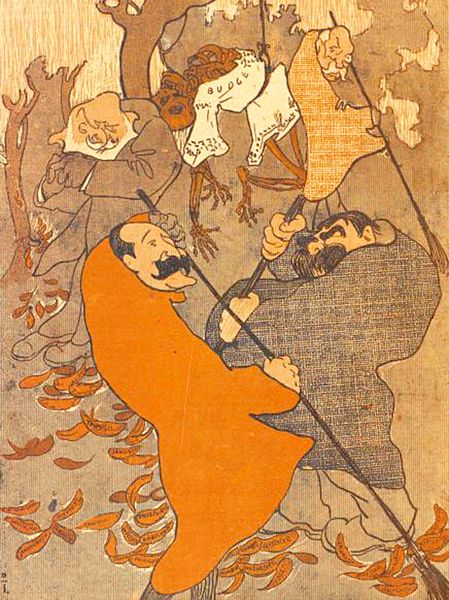 she
in all ways
has always had

her Mind-stuff
bows away
just about
everybody else

Hey. That's the year I was born and, I believe it is also the year Hawaii became a state. Might even be the birth of Barbie dolls, which was ever so important to me as a tiny girl. Thanks for all that good info and, of course, for Smith. Happy St. Pat's Day, Constance

Thanks for the memories, Don. I was born that year as well.

Wow - great post. All the important info/history here and Patty's poetry distilling it ever so succinctly and perfectly. Plus Ed's wonderful historical note - it all makes me smile despite the seriousness of the times. I was six, in first grade and trying to get away with not doing my homework. I literally gave it up - thought it was my right - but was caught and forced to entrain. To this day I still rebel when anyone mentions "homework"! As they say Don, "thanks for the memories".

Constance, you are right about Hawaii and, I believe Alaska, too. Spot on with Barbie, also.

Cheers, Andrea. I was 8, remember Cuba looming on the horizon and the hallway drills wherein we "ducked and covered." The Congo and Cuban missile crisis were dawning on the horizon of what we ended up thinking might be the last of dawns.

not to go too public with this
however:
back in the early 70's I knew
more of than fast friends with
a friend of Charlie and Pam Plymell
.... Paul Grillo

you related to him ?

BIG in 1959 ? Fats Domino and
fuzzy sweaters and sock-hops

and the last decade of our (naive) innocences / pretensions

NOW ? we're stuck with only our insipid pretensions and fears of everything

I knew Paul Grillo back in the early 70's via Pam and Charlie Plymell ..

you related to Paul ? and if so,

Sorry Ed, I did not know that Paul Grillo. Seems like there are quite a few of us Grillos around. Wish I did though.
Don, I remember the drills too. It was a scary time, however for me only a prelude to '67 and '68. I lived in Newark during the riots. Watched the guards drive our streets block by block. And the assinations the next year. All in all, I cannot complain though. Lots of great poets/songwriters/artists grew up in Newark, and it was fun turning on the hydrants and running from the cops.

Terrific post. That decade so heavy for little children . . . Thanks, Donna