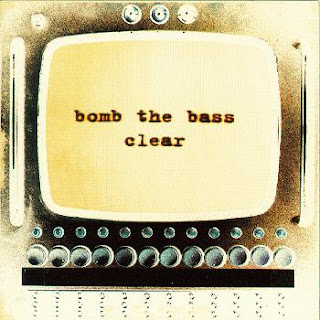 Let's see, there are more allusions to literature, song and pop culture than is really imaginable in this one 7 minute Bomb the Bass song.  Here's a list of what I've ferreted out so far:

I didn't include any references that duplicate previous ones.  I'm sure that I missed a whole bunch in this song, but there you go.  Pretty incredible.  Bomb the Bass is new to me - evidently the collective name for the work of musician/producer Tim Simenon.  He says the name came about this way:

Though large sections of 'Beat Dis' were lifted off other people's records, the drums and bass were written by Simenon. It's a credo to which he's remained faithful to this day: he doesn't like to adapt rhythms or bass lines from other people. Programming them himself -- or having them played by live musicians -- is a working method that's essential to him: "It's how the name Bomb The Bass came about, because the samples were either scratched in live or sampled and looped on top of the rhythm section. So the concept was one of bombing the bass line with different ideas, with a collage of sounds. Bombing was a graffiti term for writing, like people would 'bomb' trains or whatever."

To ratchet up the vibe a notch, here is William Burroughs spoken word collaboration with Kurt Cobain titled "The Priest They Called Him" - this one gets a bit intense, even for ol' Cowboy Bill ...

There is a recent documentary out on Burroughs, William Burroughs: A Man Within, that was just recently released on DVD.  Here is something of a trailer for the film:

seeing it as
holy.


the holy man leaves
them behind...
cherry blossoms


PS  Get 2 free issues     Get 2 more free issues     Lillie poem archive
Send a single haiku for the Wednesday Haiku feature.  Here's how.
Go to the LitRock web site for a list of all 98 songs
Hear 'em all at once on the the LitRock Jukebox
Subscribe to Lilliput Review

From the Burroughs clip: "I want something to shoot!" How different that is from saying "I want to shoot something!"

And saying it while waving a loaded shotgun, as opposed to sitting at a typewriter...well, it's pretty convincing.

Thanks for the Burroughs trailer: it sort of reminded me of what a true avant-garde is.

Jim, glad you liked ... and your cogent observation is spot-on.

Conrad, glad you liked it. I've read some bad reviews of the film but my interest is piqued. I definitely will see it.