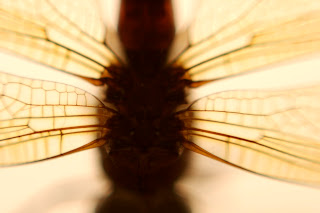 
numberless stars--
I have trouble, too,
counting fireflies. 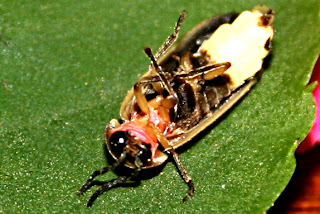 PS  Get 2 free issues    Get 2 more free issues     Lillie poem archive
Send a single haiku for the Wednesday Haiku feature.  Here's how.
Go to the LitRock web site for a list of all 100 songs
Hear 'em all at once on the the LitRock Jukebox
Subscribe to Lilliput Review

I remember when the fireflies were numberless. These days I'm excited to see a few in my back yard

Really, Charles - I would have thought you'd still have tons down your way.

pesticides are even poisoning the people who use them


that spray they use in your house in you kitchen to kill cocker-roaches is the cause of many many health problems...

just imagine what is going into our bodies via our commercially grown/poisoned food...

not exactly an haiku moment, eh?

about a Lakota Indian ... check it out!

Sweet to recall, here on a very cold morning, that there exist such wondrous things as fireflies and summer nights.

My favourite firefly poem, at once an exquisite miniature and a "real" poem, big with implications concerning nature and history, bearing a delicate implicit and oblique but still perceptible relation to the symbolic loss of an island Eden in the wreckage of the English Civil Wars, is Marvell's The Mower to the Glo-Worms.

Ye Living Lamps, by whose dear light
The Nightingale does sit so late,
And studying all the Summer-night,
Her matchless Songs does meditate;

Ye Country Comets, that portend
No War, nor Prince’s funeral,
Shining unto no higher end
Than to presage the Grasses fall;

Ye Glo-worms, whose officious Flame
To wandring Mowers shows the way,
That in the Night have lost their aim,
And after foolish Fires do stray;

Your courteous Lights in vain you wast,
Since Juliana here is come,
For She my Mind hath so displac’d
That I shall never find my home.

"Marvell was at home in small poems," writes Barbara Everett. "'The Mower to the Glo-worms' imparts a sense of a lost paradise -- irretrievably, if in the end lightly lost -- not qualitatively less deep than any comparable moment in Milton."

Ed, thanks for the pointed reminder and yet

not exactly an haiku moment, eh?"

does feel a bit like a haiku moment or a moment of soldiers' dreams in summer grasses, a bit of Isaiah and Whitman rolled all into Basho and, perhaps,

if we poison ourselves first, Mother might recover to live on and on in peace after ...

at least for a little while.

Thanks very much for passing along this lovely Marvell poem, which has such a modern feel both in execution and psychology. As soon as I finished, I had to return immediately to the nightingale of the first verse.

(Of course, plot driven Westerner that I am, I had been wondering if nightingales feed on fireflies.)

There is such a pervading feeling of loss, while managing still to perfectly capture the beauty.

On my lunch at work, I meant to do any number of things and they've been clear knocked out of my noggin thanks to this.

And thanks to you for that ... I really do appreciate it.

as per both front and back cover art/image

followed up by such eloquent insights. The haiku must have been waiting for these follow up comments and vice versa.

"the haiku must have been waiting for these follow up comments" - yes, the way that is not the way ...

Hello Don, and good morning. Too bad dawn (where you are, if not yet where I am) has beaten me to the punch...but anyhow, this was intended to light up the Three Rivers of the Night for you.

Hot summer night. A 10-year-old with a Louisville Slugger, patrolling the backyard. He slugs the slow and unsuspecting fireflies (which we called lightning bugs) by the dozen. His bat glows.

Nothing like a nice dose of American boy truth to bring it all home.

I believe I've repressed a mighty bit of things done via my young male psyche ... but, have no fear, I'll be in line in front of you when the karmic bell tolls ...