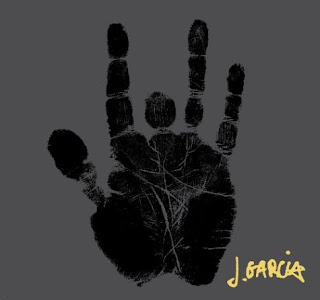 Originally, today's Sunday Service was going to serve a dual purpose: to highlight the song "He's Gone" by the Grateful Dead and to point out a website that might be of interest to some folks: 30 Days of the Grateful Dead.

Unfortunately, the page is gone now (here's a nice summary of what it was) but, while it was available, the band posted a free song everyday for an entire month, over 5 hours of largely unreleased sound board material. About a month ago, I remembered the site and went and listened and it was great. Fortunately, I do have the version of "He's Gone" that was on the site and that's what you can listen to, above; I was particularly taken with it and, though not perfect, it is quite good. At nearly 14 minutes, it's a kickback and relax song to listen to leisurely and to appreciate for its many nuances - there is plenty of space in this song, that's space in a good, not noodley, way.

As noted at the Annotated "He's Gone" webpage, most American listeners would immediately think of Tennessee Williams "Cat on a Hot Tin Roof" when they here the line "cat on a tin roof" and that's how it qualifies as this week's featured song.

Finally, apropos of nothing in particular except perhaps that good ol' west coast music connection, a little something for an end of summer Sunday. As amazing as Jorma is on the guitar, bass players take note: Jack Cassidy took back seat to no one. Hot Tuna at their very best:


This week's featured poem from the archive comes from Lilliput Review, #73, from November 1995. Enjoy.

Grey rain day in Austin, Texas.
The soul slips in and out,
never straying far
as though fearing the rain might catch it.
I dream over coffee,
something in the back of my mind,
some final perfect thought
that eludes me finally
slipping away
into the grey rain air.


in straw raincoats
for the summer shower...
drinking part

I'm not a big listener to the Grateful dead. LIke their name quite a lot. I love poems about rain, though. something inspiring in rain.

Charles, have you ever heard their song, "A Box of Rain"? One of their finest.

Via email, friend David sent along a link to the Grateful Dead "Jam of the Week" which is streaming not downloading but very fine. I listened to a long segment from a Pittsburgh show this morning and it got my day going just the right way.