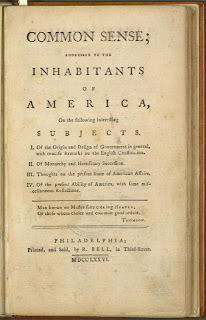 Tuesday is Election Day and they'll be no comment here, except to say this week's selection for Issa's Sunday Service is "As I Went Out One Morning" by Bob Dylan.  The album from which it comes, John Wesley Harding, has been a long time favorite of mine for many reasons, not the least of which is the drumming of Kenny Buttrey.  Aside from the solo albums, it is one the most stripped down, certainly the cleanest of all productions, over the entire span of Dylan's career.  Beside Buttrey and Dylan, there was Charlie McCoy on bass and Pete Drake on pedal steel guitar.  That's it and it's truly amazing.

The lyrics are transcendent, the songs sublime.  It echoes through the years with a timelessness that not very many albums have.  If I had to compare it to anything, I'd compare it not to another album but a book.  A once-in-a-lifetime, much loved book.

I'll leave it there.

Here are two poems from the archive that shared the same page in an issue, #113, from way back in November 2000.

The Symbolism of Breath

Everything
turns to steam
in October
and the fog
pours thick
off
of your skin.


Death has
my father's eyes,
pale blue and crisp
as autumn mornings.

"i told her with my voice" such a good line.

stumbled across this today, and thought it might align with the sort of election day poem you'd enjoy:

in the doorway of
a broken house--

from between the stones
and strokes the head

of a spotted dog

Ah, Paterson, NJ, I wanna say I know that stoop, and thousands more just the same, not unlike the stoops of Pittsburgh, really, the rowhouses and the tumble down sentiment and life being lived, while something, something goes on in the background, some sort of heavy, persistent static (only it's felt, not heard), big, maybe, and important, but not today.