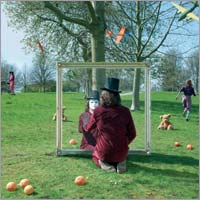 Syd Barrett, the creative force behind the first, classic iteration of Pink Floyd and whose long shadow is still cast over the band's legacy to this day, made some excellent solo recordings.  They are, well, odd, as you might expect, as Syd was on a slippery slope downwards for quite sometime.  Yet his later songs are, occasionally, brilliant, as you also might expect, and this week's selection fits the bill.  Set to the words of James Joyce's 5th poem in his collection Chamber Music, "Golden Hair" is at once totally unexpected and very welcome.


Lean out of the window,
Goldenhair,
I heard you singing
A merry air.

My book was closed;
I read no more,
Watching the fire dance
On the floor.

Singing and singing
A merry air,
Lean out the window,
Goldenhair.

Here's a lengthy video in 2 parts, with some remarkable early footage of Floyd in performance, plus an interstellar ride through the times as they were: 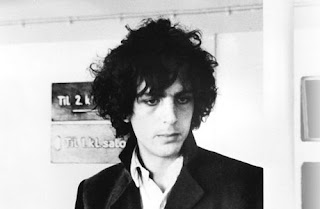 If you haven't seen the video of the entire new album Le Noise by Neil Young with Daniel Lanois producing, check it out below.  I would imagine it will only be up for so long.  If you don't have the time or inclination to watch the whole thing, at the 11:40 mark is a great acoustic song about war, titled "Love and War," that should not be missed (just discovered, though embedding is disabled, you can watch and listen to it separately on YouTube here:

Said a lot of things
That I can't take back
Don't really know if I wanna
Been songs about love
I sang songs about war
Since the backstreets of Toronto
I sang for justice
And I hit a bad chord
But I still try to sing
About love and war.

The sun comes up
reining a bleak wind.
Love is never enough.
Love is all there is.


first winter rain--
the world fills up
with haiku

Pointed this post out to my wife. She's a huge Floyd fan. I learned about Syd Barret from her.

"Love is never enough, love is all there is"
that sticks with me.

Thanks, MLJ ... Jeanne has a knack for capturing moments and in that one she says it all.