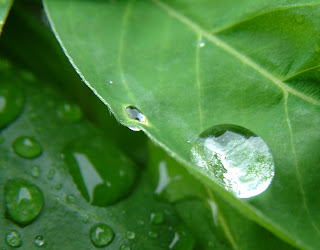 Over the last couple of weeks, I've been looking at the small (literally: 4.25 x 5") collection of Sam Hamill's translations entitled The Sound of Water.  It literally fits in your back or shirt pocket and is chock-full of poems.  Though I didn't begin with a plan - oh, how rarely I do - I seem to have divided the contents into 4 posts for the purposes of review.  Two weeks ago, I covered Bashō, last week Buson, and this week it will be Issa.  Soon I hope to cover the final section of miscellaneous poets.

I've tried again to select poems that I feel very good in illustrating the poet's work, the philosophy of haiku, and adeptness of the translator.   In addition, I look for works that have not been featured previously, quite a feat when it comes to the work of this blog's namesake.  The commentary is minimal as Issa hardly needs an assist from an amateur admirer.

With his admission of his own faults, Issa draws us into the fact that errors are the human condition, it is what we do, even as we hopefully begin another year (the 1st day of spring and New Years coinciding in historical Japan, coming as it did in the 1st weeks of February).


Brilliant moon,
is it true that you too
must pass in a hurry

Even the moon too must pass, both literally and figuratively; all life, animate and inanimate, shares the ultimate truth at the bottom of all great classical haiku.


What's the lord's vast wealth
to me, his millions and more?
Dew on trembling grass

Another way of saying the same thing, this time in human terms of the frailty of all attachment and craving. Whether you seek out the noble truth or no, it will most certainly find you.

Issa beats the drum, softly and loudly, quickly and slowly; the image here is lovely, almost Buson-like, and resonates to the very center of the earth, and perhaps even the universe.

Love and loss makes the human condition so full of joy, so full of sorrow - this memory is both at once, in the now of the moment.


A world of dew,
and within each dewdrop
a world of struggle

Like his more famous "The world of dew / is a world of dew - / and yet, and yet ...," this haiku cuts to the heart of things, in an even more fatalistic way, if possible. Not only is life as transient as a drop of dew, it is a constant struggle.

This is one of Issa's more famous pieces and, though this is a particularly wordy rendition, I like Hamill's choice of verbs in "stroll" and "gawking," conveying, I feel, the haphazardness, the randomness of existence.


A world of trials,
and if the cherry blossoms,
it simply blossoms

Philosophically, this is the other side of the leaf of the dewdrop poem above.   This is the lesson of Buddhism, the lesson of the classic haiku masters.  To put it even more succintly: "Blossom, fool!"


Just to say the word
home, that one word alone
so pleasantly cool

This last haiku is all the more poignant when we realize that Issa, an orphan, often felt the lack of what  home really is.  Through all his trials, however, he was able to enjoy the family he helped found, if for a brief time.    In English the word "home" has at its center the famed Sanskrit sound, the mantra of mantras. Is there a linguistic relationship?  I don't know.  Is there an aural or oral or vibrational one?  I'm thinking there is.

I've been wrong before.


--------------
This week's selection from the archive, a tanka by the fine poet Pamela Miller Ness, goes out to writers, especially poets, everywhere.  It originally appeared in Lilliput Review, #129.


Dancing Ganesha,
god with the elephant head,
lend me
your tusk dipped in ink, let me
write long, long as the Ganges

Issa is so often just so down to earth it's amazing. True honesty without any pretensions.

This one really touches my heart

Your point about "om" and "home" suggests a really fascinating question--i'd love to read a research paper on that...

Charles, the perfect portrait of Issa.

Theresa, yes, and it's the Lanoue translation. So rare to get such a personal glimpse and, somehow, so literal, as one feels the wind in her hair, so too the wind in the heart and mind.

né, you know I'm gonna work that into a poem somewhere ... I did just a bit of background on the linguistics Saturday but didn't come up with anything. I know its out there, how language traveled East to West, over mountains and deserts, Sanskrit's influence on German, from which much of English developed.

I am so with you about home and om. Om feels like home when you really get into it. And both om and home are such good places to be. For me, home is the sacred center of my universe. I need to learn more about Issa. Thanx, Don!

You are welcome ... I do believe there is a linguistic connection, there certainly is a vibrational one, which is, of course, is om. I hope to find out more.