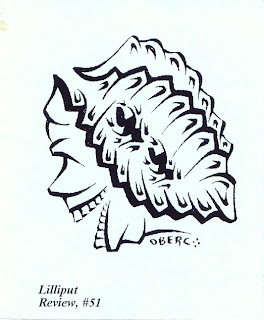 This past Sunday, February 27th, was the birthday of a personal favorite here at Issa's Untidy Hut: Gerald Stern. Stern was born in Pittsburgh, which has been my home for the last 18 years, and lives in New Jersey, where I was born and raised. Much of our non-mutual time was spent in the same haunts in Jersey, New York, Philly, and Pittsburgh. His imagery is familiar, I might almost say familial, an imagery that is spot-on in both detail and emotional sagacity. I won't belabor the point, as I've covered much of this territory in past posts.

Happy birthday, Gerald. Wishing you all the happiness you have so generously given others in the sharing of your work and life.

Yesterday, I noted the recent anniversary of W. H. Auden's birth. I thought it might be nice to dovetail these birthdays together with a poem by Gerald Stern in memory of W. H. Auden. It's a bit longer than I usually post here, but a lyrical, insightful homage.

I am going over my early rages again,
my first laments and ecstasies,
my old indictments and spiritualities.
I am standing, like Schiller, in front of Auden's door
waiting for his carved face to let me in.
In my hand is The Poem of My Heart I dragged
from one ruined continent to the other,
all my feelings slipping out on the sidewalk.
It was warm and hopeful in his small cave
waiting for the right word to descend
but it was cold and brutal outside on Fourth Street
as I walked back to the Seventh Avenue subway,
knowing, as I reached the crowded stairway,
that I would have to wait for ten more years
or maybe twenty more years for the first riches
to come my way, and knowing that the stick
of that old Prospero would never rest
on my poor head, dear as he was with his robes
and his books of magic, good and wise as he was
in his wrinkled suit and his battered slippers
—Oh good and wise, but not enough to comfort me,
so loving was he with his other souls.
I had to wait like clumsy Caliban,
a sucker for every vagueness and degeneration.
I had to find my own way back, I had to
free myself, I had to find my own pleasure
in my own sweet cave, with my own sweet music.
--Once a year, later even once a month,
I stood on the shores of Bleeker and Horatio
waving good-bye to that ship all tight and yare
and that great wizard, bobbing up and down
like a dreaming sailor out there, disappearing
just as he came, only this time his face more weary
and his spirit more grave than when he first arrived
to take us prisoner on our own small island,
the poet I now could talk to, that wrinkled priest
whose neck I'd hang on, that magician
who could release me now, whom I release and remember.


And, since it is his birthday, here's a beautiful, touching, resonant, celebratory, and tragic piece of wonder, that high steps to all the right notes, perfectly pitched:

In all these rotten shops, in all this broken furniture
and wrinkled ties and baseball trophies and coffee pots
I have never seen a postwar Philco
with the automatic eye
nor heard Ravel's "Bolero" the way I did
in 1945 in that tiny living room
on Beechwood Boulevard, nor danced as I did
then, my knives all flashing, my hair all streaming,
my mother red with laughter, my father cupping
his left hand under his armpit, doing the dance
of old Ukraine, the sound of his skin half drum,
half fart, the world at last a meadow,
the three of us whirling and singing, the three of us
screaming and falling, as if we were dying,
as if we could never stop — in 1945 —
in Pittsburgh, beautiful filthy Pittsburgh, home
of the evil Mellons, 5,000 miles away
from the other dancing — in Poland and Germany —
of God of mercy, oh wild God.

Though all of us wish an end to the long, senseless wars that rage on, perhaps none of us will ever dance as those who danced on that day in 1945.


If it's Tuesday, it's time for a dip into the Lilliput Review Back Issue Archive. This week it's issue #51, from December 1993. As I've mentioned previously, the further back in time we go, there is a noticeable change in tone and approach. This issue, I think, reflects this more than most. The sampling opens with a powerful piece by the excellent poet and Vietnam vet, Bill Shields.

in the night
I'm my dream

as the mattress burns
the worms flow

from our fathers
we inherit feet
from our mothers
long arms

we walk away
always reaching back

So It's Sometimes Said

Big Apple celebrityites
are to the ontological plenitude
of quotidian propinquity as
Arnold Schwarzenegger (minus
Great Garbo) are to the
ruck of humanity. Or so
it is sometimes said.


Listening
Where there is nothing to hear
And no listener

Issue #51 was dedicated to the memory of frequent contributor and correspondent during Lillie's first four years, Beatrice George. It's been almost 16 years since her passing.

This is still for you:

Don,
So glad I dropped in today, each and every poem was precious to me in one way or another, thanks so much for sharing all of them. Hope you are staying warm and well!

those pieces selected out of #51 much to my liking.

in my cache
most
recently arrived

- Jack Micheline's One of a Kind (UDP)

(both read... will read 'em again
as soon as I
finish "gigging" with Madame Else (the huge orange bio)

Glad you liked the work ... it is much appreciated. Each Tuesday is becoming a trip further back in time and something of a (re-)education as to who I was and what was going on ...

The Stern memoir,eh, much about smoky, old-school-"romantic" Pittsburgh, no doubt. In some ways, the Micheline is just heartbreaking.